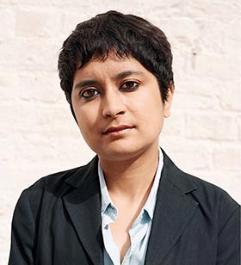 Shami Chakrabarti, Director of Liberty NGO, will deliver a speech on the 1 October in the Sir Charles Wilson Lecture Theatre.

The event will explore why our fundamental rights and freedoms are indispensable as well show the unprecedented pressures those rights are under today.

The talk will be followed by a Q&A session.

It will will run from 5.30pm – 7pm and is organised by Law in Action, a student inititative within Glasgow University School of Law in association with the Glasgow Human Rights Network'.

Book your ticket at Eventbrite.

A book signing will take place after the speech.

Shami Chakrabarti has been Director of Liberty (The National Council for Civil Liberties) since September 2003.

Ms Chakrabarti first joined Liberty as In-House Counsel on 10 September 2001. She became heavily involved in its engagement with the 'War on Terror' and with the defence and promotion of human rights values in Parliament, the Courts and wider society.

A Barrister by background, she was called to the Bar in 1994 and worked as a lawyer in the Home Office from 1996 until 2001 for Governments of both persuasions.

Since becoming Liberty’s Director she has written, spoken and broadcast widely on the importance of the post-WW2 human rights framework as an essential component of democratic society.

She was born in London and studied Law at the London School of Economics. She is Chancellor of Essex University and a Master of the Bench of Middle Temple.

In 2011, Ms Chakrabarti was invited to be one of six independent assessors advising Lord Justice Leveson in his Public Inquiry into the Culture, Practice and Ethics of the UK Press.

She was also chosen as one of eight Olympic Flag carriers at the London 2012 Olympics opening ceremony. In February 2014, she was appointed as Honorary Professor of Law at the University of Manchester.

Ms Chakrabarti's first book, On Liberty, was published by Allen Lane on October 2014.