At the Critics' Awards for Theatre in Scotland June 14th 2025 Kai Fischer's Last Dream (on earth) won in the category best music and sound with University of Glasgow's Gameli Tordzro named, alongside with Tyler Collins and Matt Padden for the musical production and sounds which took the audience through the sounds of sub Saharan Africa, into space, and into the depths of the treacherous Mediterranean Sea. Gameli dedicated the award to all who have lost their lives crossing the Mediterrean and all those working to save refugee lives.

Kai Fischer's Last Dream (on earth) was an extraordinarily inventive piece of theatre making which fused the epic journeys made by Yuri Gagarin, as the first person in space, with the epic and so often tragic journeys of migrants and refugees trying to cross the Mediterranean. it did so using a sound scape and music which audience members experience through headphones: www.tron.co.uk/event/last-dream-on-earth

Immediately after the production finished its tour in April the news of more drownings in the Mediterranean hit the headlines, and Gameli wrote this piece for the GRAMNet blog about the experience of producing and performing the music in the play while holding the sadness of this news:

Gameli Tordzro is a PhD student in the School of Education and Musician in Residence with GRAMNet. He is Artistic Director of Pan African Arts Scotland. His PhD is a linked studentship to the AHRC a Large Grant Researching Mulitlingually at the Borders of Language, the Body, Law and the State, PI Professor Alison Phipps. 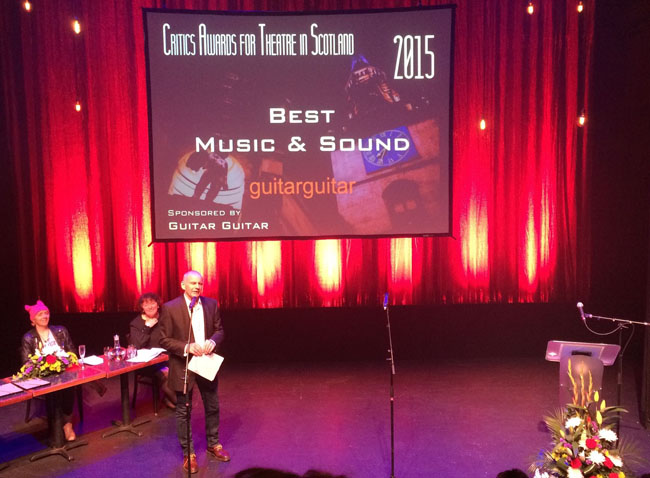