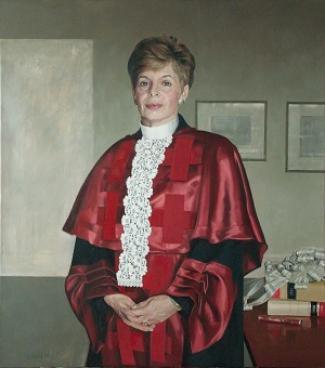 The Tartu Room in the School of Law is to be renamed the Lady Cosgrove room.

The room is situated in the School of Law, Stair Building at 5–9 The Square.

It is currently named after the city of Tartu in Estonia.

Mark Furse, Professor of Competition Law and Policy and Head of the School of Law, said:

“The School of Law is delighted to recognise and celebrate the achievements of Lady Cosgrove, who graduated from the School of Law in 1966, and went on to become the first woman to be a judge of the Supreme Court in Scotland.

"When colleagues in the School were consulted as to whose achievements should be recognised in the renaming of the Tartu Room there was overwhelming support for the nomination of Lady Cosgrove.”

"There was overwhelming support for the nomination of Lady Cosgrove."

The School of Law has made efforts to redress gender imbalances and has received  a Bronze Gender Charter mark award for its progress so far.

The award is given to universities and departments which have made progress in advancing gender equality in arts, humanities and social science careers in higher education.

Staff from the School of Law and members of the Senior Management Team, including Professor Anton Muscatelli will be in attendance.

Colleagues from other schools and departments are welcome to attend. For more details on attending, please contact Jennifer Crawford.

Born in Glasgow, Lady Cosgrove was a pupil at Glasgow High School for Girls and studied Law at the University, graduating LLB in 1966.

Lady Cosgrove has been awarded honorary degrees from a number of universities including an LLD from the University of Glasgow in 2002.

In February 2003, she was appointed to the Inner House of the Court of Session and sworn of Her Majesty's Privy Council. She received an OBE in 2004 for services to the criminal justice system in Scotland.