Delighted friends and family joined staff and guests of the University of Glasgow for the Dumfries Campus graduation ceremony, on Tuesday 7 July.

This year’s graduation ceremony saw the largest number of graduates in the history of Dumfries Campus, a number which is destined to rise further in future years.

At the first graduation ceremony held at the Dumfries Campus 14 years ago, just six students graduated. On Tuesday more than 65 graduands received degrees.

Degrees were conferred by Sir Kenneth Calman, Chancellor of the University, who encouraged the students to continue learning.

He said: “There is so much more to discover, to understand. Curiosity is the dynamo that will energise and galvanise your knowledge, talents and skills.  It’s an exciting prospect to see where it takes you.  So, never stop questioning. Stay open to the possibilities.” 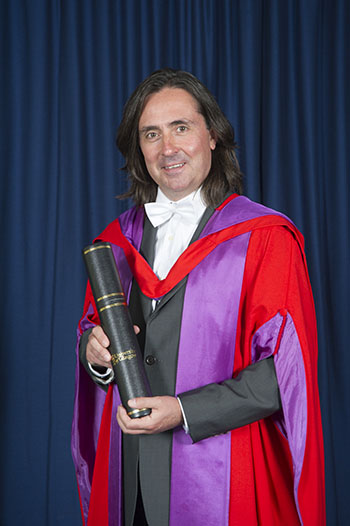 He was awarded Doctor of Letters (DLitt) in recognition of his contributions to broadcasting and public engagement.

Dr Carol Hill, Head of the School of Interdisciplinary Studies on Dumfries campus, said: “It is particularly fitting that Dr Oliver should receive an honorary degree at the University’s Dumfries campus as he has strong links with the area and the research and teaching interests of a number of staff in the School of Interdisciplinary Studies and its Solway Centre for Environment and Culture are very close to Dr Oliver’s.”

Professor Anne Anderson, Vice Principal and Head of College of Social Sciences said: “Neil Oliver has had an outstandingly successful career as an archaeologist, broadcaster, journalist and writer. Neil has displayed an outstanding ability to communicate his enthusiasm for archaeological sites and techniques to a wide audience and the viewing public were gripped by his accounts of historic British battlefields.”

Dr Carol Hill reaffirmed the University’s commitment to the Dumfries Campus. She highlighted a new postgraduate degree in in Enhanced Practice in Education which will start in September and a new pilot that will enhance the primary teaching degree, and qualify future graduates to teach S1 to S3 pupils. She described this pilot as a ‘first’ for Scotland.

Dr Hill said: “The Dumfries campus is no longer viewed as an addition to the Glasgow campus but integral to it. This time last year we were projected to reach 300 graduates by 2015-16 – we are on track to exceed that target.

“It isn’t just student numbers that are growing. The School now has 44 staff – who live in the region and contribute to its wider economy and culture. These include a highly talented pool of 31 academics whose work contributed to the University’s high ranking in the periodic national assessment of research quality - ‘The Research Excellence Framework’ – in the subject areas of: Social Policy - where the University of Glasgow was ranked 1st in Scotland / 8th in the UK; in History, ranked 2nd in the UK and in English Language and Literature.

“This ‘ranking’ is important. We believe that students should learn at the cutting edge of knowledge - and that happens when teaching is research-led. The University of Glasgow is not ranked in the top 1% in the world for nothing!” 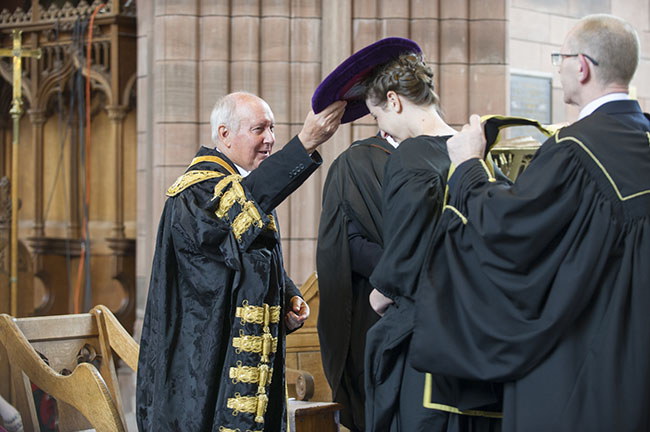