The University of Glasgow is set to host a major, European archaeology conference in the autumn. 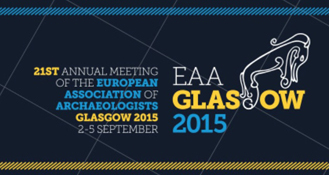 About 2000 delegates are expected to attend the European Association of Archaeologists 21st annual meeting - EAA 2015, which is being hosted on campus in September.

The EAA represents archaeologists and heritage professionals from across Europe. The Annual Meeting has become established as the premier archaeological conference in Europe.

The organisers say they are looking forward to welcoming delegates to the first, biggest and best cultural heritage event of its kind ever to take place in Scotland. They have even gone to the lengths of designing a special tartan entitled ‘Ancient Gathering’. The full academic programme is to be published shortly.

Promotional material says: "The EAA Glasgow 2015 will be a marketplace for ideas and is an excellent opportunity to share Scotland’s rich, diverse and unique cultural heritage with an international audience. Scotland is also the perfect stage for the EAA’s Coming-of-Age celebrations!"

Seven key themes define the framework for the EAA Glasgow 2015 to ensure delegates with a broad range of interests can participate in the meeting.