The Italian Ambassador to the UK, His Excellency Pasquale Terracciano, told a public audience at the University’s Sir Charles Wilson building last week of his admiration for Scotland’s policy on welcoming refugees. 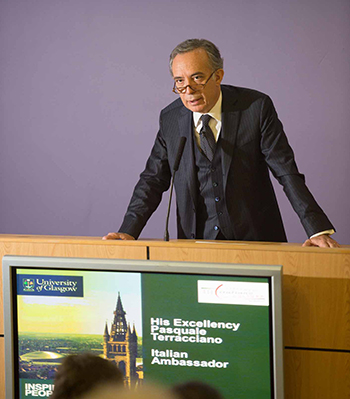 His lecture, 'Security and Humanity: the Keys to a Coordinated European Response to Migrants', focused on the migrant crisis facing the EU and the need for solidarity.

The only way to fight terrorism was to “tackle the root causes and focus on the spread of extremism within our societies and on the resolution of conflicts and crises in the Mediterranean region”, he said.

He also inaugurated an exhibition on the Scots-Italians, a series of pictures and archive documents that have been restored by the National Records of Scotland.

“When we look at their stories, who they were, what their dreams were and aspirations, and what they have achieved today in Scotland, one is all the more reminded of how essential it is that that we keep an open-minded approach to migration,” said the Ambassador. 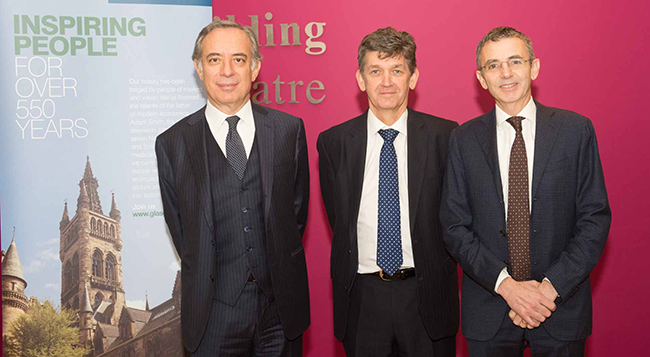