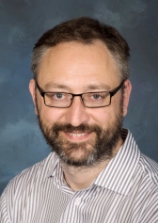 Dr Matthew Waites, senior lecturer in Sociology has been shortlisted for the Outstanding Campaigner of the Year Award at the first Scottish LGBTI Awards.

The Scottish LGBTI Awards is an event the recognises and celebrates those who have made a positive contribution to lesbian, gay, bisexual, transgender and intersex (LGBTI) equality and human rights in Scotland during the past year.

Matthew was nominated for activities particularly including his public engagement work at the University of Glasgow which has  involved jointly coordinating the LGBTI Human Rights in the Commonwealth Conference and organising an event with Dr Frank Mugisha of Sexual Minorities Uganda.

Matthew said: “I’m glad to be nominated, and I hope this will draw attention to the need for better engagement with international LGBTI human rights issues, which my work has been promoting.  I’m looking forward to attending with a friend representing the LGBT Unity group for asylum seekers and refugees, who are also nominated and deserve support”.

The winners will be announced at an awards ceremony on 10 September at the Grand Central Hotel in Glasgow.