BBC Radio 5 Live, the news and sports station, visited the University of Glasgow to speak to students immediately following the launch of the SNP manifesto.

Reporter James Shaw spoke to three 'undecided' student voters after they had listened to the SNP launch.

The show was broadcast live from the South Front of the University.

Kathryn Stevenson, one of the students taking part in the broadcast, said: “I’ve never been on the radio before but taking part was really enjoyable. I like to involve myself in the political debate so this was a good experience.” 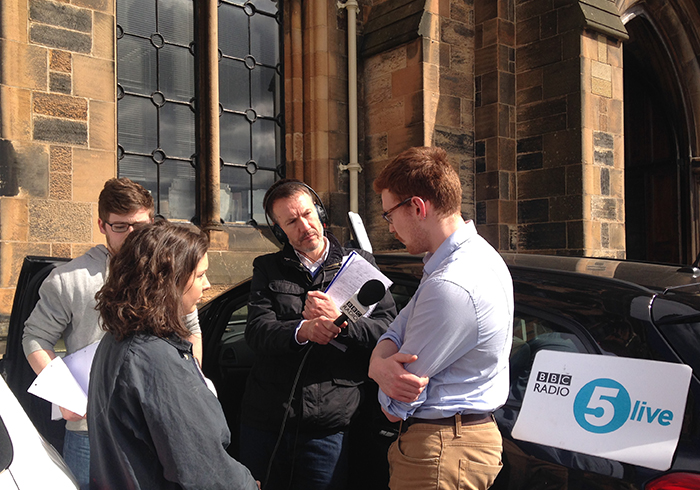