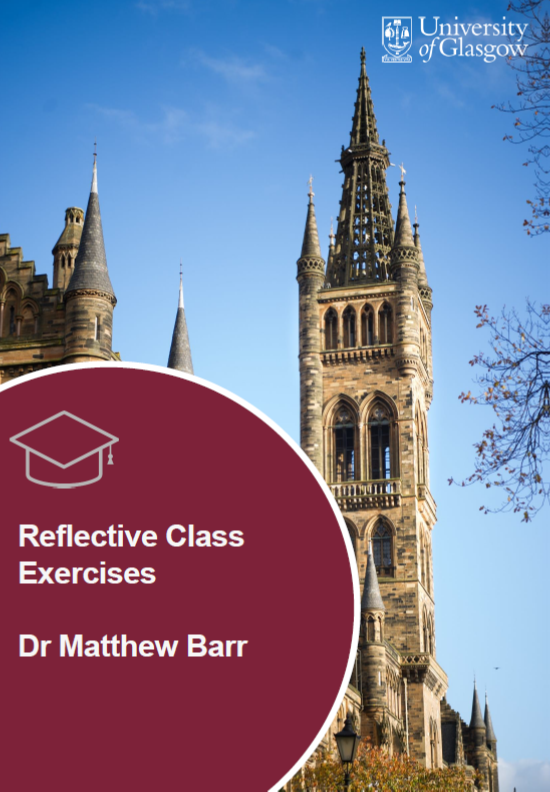 As Graduate Attribute Champion for the College of Arts, colleagues had asked if I could run some attribute-focused sessions with their students. Reflective tasks developed by Dr Maxine Swingler and colleagues in other Colleges provided a framework for such sessions, and an opportunity to verify the tasks' applicability across disciplines.

Activities were based on the ‘graduate attributes induction task’ developed by Dr Swingler and colleagues. These were readily adapted to suit either Level 1 or Level 2 students, but it’s worth noting that the task was originally intended to be run with students at the beginning of Level 2.

Following a brief introduction to the importance of graduate attributes, wherein students were asked what they thought the term meant, the activities were conducted largely as described on the handout linked from the Supporting documents on the last page of this document.

However, some minor deviations from the stated activities developed in response to observations made during the first couple of sessions. First, students were asked to discuss all of the activities with those sitting next to them, even where the activity was directed towards individual students (e.g. Activity 2). Second, Activities 2 and 3 were combined into a single activity.

On average, the sessions lasted around 45 minutes and the final activity – relating to adviser of studies support – was omitted, primarily because the first cohort of students highlighted that students in the College of Arts are no longer allocated a named adviser of studies. Cohorts varied in size from a couple of dozen to over 300 students and, with most of the work being carried out in pairs or small groups, the size of the class was largely irrelevant.

While students discussed each activity, staff moved around the room to stimulate discussion and provide prompts, where necessary. For larger cohorts, it might be preferable to have more than one member of staff on hand to facilitate discussion to ensure engagement. At the end of each activity, students were asked to report back on what they had discussed.

Feedback from student participants was sought via email, but only two responses were received. Both were moderately positive about the experience:

I enjoyed the session in that it ensured I put things into perspective in terms of using my time to benefit my own personal development as a student and other commitments I make.

I found the session quite helpful. I did already know most of it, to be honest, but it was good to refresh some things and to think about how to overcome weaknesses.

Some very broad observations might be made, based on the experience of running these sessions. For example, ‘Confident’ was, perhaps, the attribute most commonly cited by students as that which they sought to improve. It was also observed – albeit informally – that students would place importance on those attributes most closely associated with their main subject. For example, language students frequently privileged the ‘Effective Communicators’ attribute above all else, while History students were likely to recognise the importance of ‘Independent and Critical Thinkers’, making explicit links between this attribute and essay writing.

Finally, it was observed that mature students, and those students with more extensive work experience, were easier to convince of the importance of graduate attributes. However, the same group were also more likely to suggest that they already possessed such attributes, as a result of their previous experience, and thus did not require any additional attribute-focused classes.