The first of the five volumes of Aristotle’s Opera printed by Aldus Manutius in 1495-1498, but considered by him to form an independent work, since he lists the 1497 Physica as the ‘primum volumen’ of his edition of Aristotle in the catalogue of his publications issued in October 1498.

Two copies held by the University of Glasgow 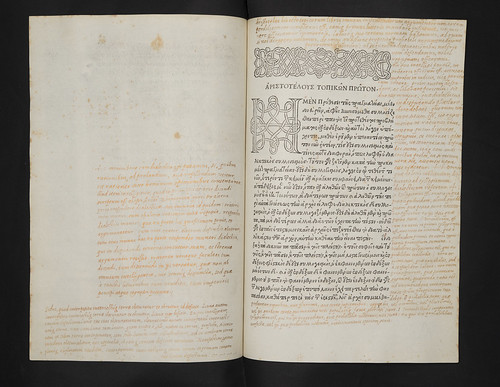 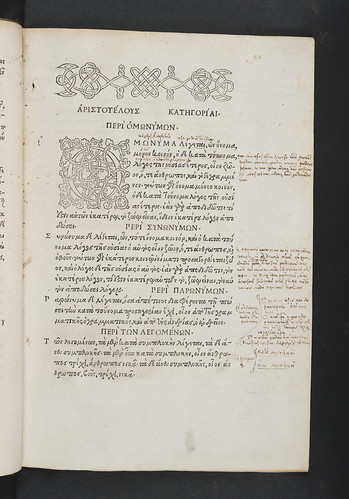