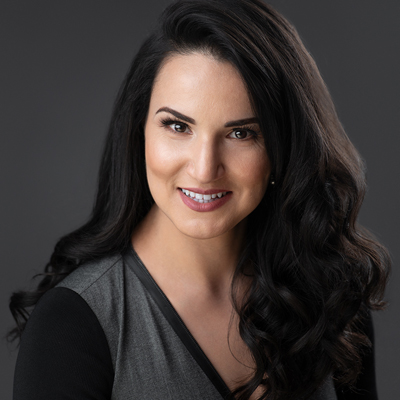 Nadia’s work aligns with two of the United Nations’ Sustainable Development Goals, good health and wellbeing (SDG3) and sustainable cities and communities (SDG11). “Everybody deserves to be healthy and have access to good healthcare, regardless of where they come from,” she says. “That’s something that I really deeply care about.” 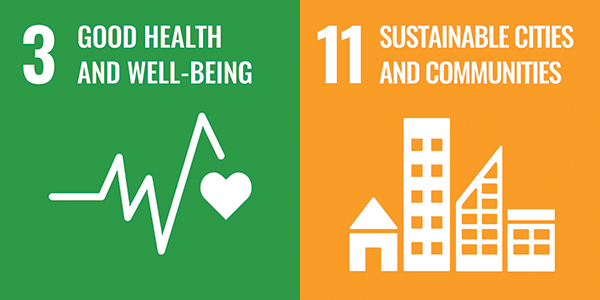 WORLD CHANGING ALUMNI AWARD
This is a prestigious annual University honour which recognises and celebrates the achievements of alumni who have made a major contribution to the community, arts, science or business. It has been presented to a world-changing alumnus every year since 2001.

Our 2022 World Changing Alumni Award winner, Dr Nadia Maarouf (MSc 2011), is a clinical research scientist with her head in the stars. She took part in a gruelling mission earlier this year at the Mars Desert Research Station in Utah and hopes one day to travel into space, but her greatest satisfaction is still to be found talking face-to-face with her patients in the hospital.

“I grew up in a small rural community in Morocco. Women and girls did not have the same opportunities as men, but my father was a feminist and really believed in equal rights. It was very important to him that I was able to defend myself. So since I was four years old, I’ve been practising taekwondo – I got my black belt when I was 12 and trained five to seven hours daily and competed nationally and internationally throughout my undergraduate degree.

Taekwondo was a huge part of my life, but it meant I didn’t really focus enough on my undergraduate studies. I didn’t fail any courses, but I didn’t do well, because I was essentially a full-time student and also a full-time athlete. It wasn’t until I moved to UofG that I really focused on my studies. UofG took a chance on me and I graduated with a distinction. They knew that if I could work that hard in sports, it could translate to academia, and I’m very grateful for that.

At Glasgow, I really fell in love with the hard work, seeing it translate into As and seeing all that knowledge apply to real patients in real-life situations. I knew that if I were to make it in this degree, clinical pharmacology, I’d have to study hard. But I also went ceilidh dancing every few weeks and mixed ice and rock climbing for the first time in Scotland. That was much better than the gym! I really embraced the Scottish culture and people, and it was one of the best years of my life.

"My time at UofG was the first time that I believed that I could actually make it in academia. I finally had the foundation I needed to dig deeper into a topic that I was really passionate about, preventive cardiology. UofG opened a lot of doors for me.

Before my Martian mission, I served as co-commander of the lunar mission in [space simulation station] HI-SEAS in Hawaii. Six of us lived in isolation on top of a dormant volcano for five weeks, off grid, with limited food and water and a really intense schedule. You have to still function at really high levels because if you don’t work well, then the rest of the crew will be impacted.

It’s the plan for me to go into space eventually. I really want to go and do the experiments that I’ve designed myself; some of my research compares vascular ageing during space travel to that on Earth. It’s now well established that the more time you spend in microgravity, the more chance you have of your cardiovascular system ageing, by up to 20 years for each six months spent in space. My other project focuses on healthcare autonomy in space and its applications to remote communities’ healthcare access with advanced biomonitoring technologies.

But even if I don’t go into space, I would still like some of my research to be performed there, and I have a parallel goal where I would be doing other work that would benefit a lot of people here on Earth. Interacting with patients is the best part of my job. I absolutely love it. My work is in clinical trials right now, here where I live in Calgary, and there’s a lot of paperwork and analysis of data, but working with patients and just hearing their stories really gets to me, and I appreciate the human-to-human interaction.

"There is a switch in my head when somebody tells me I can’t do something. I’m like, ‘OK, well, watch me'.

In my spare time I volunteer as a rescue diver, often under the ice here in Canada, and I like mountaineering, caving and canyoning. I also enjoy cooking and classical music, and I loved seeing the Glasgow Symphony Orchestra when I was at UofG. And I do a lot of endurance running and cycling. I get outdoors whenever I can.”

The World Changing Alumni Award is a prestigious annual University honour which recognises and celebrates the achievements of alumni who have made a major contribution to the community, arts, science or business. It has been presented to a world-changing alumnus every year since 2001.

This article was first published September 2022.

Nadia’s work aligns with two of the United Nations’ Sustainable Development Goals, good health and wellbeing (SDG3) and sustainable cities and communities (SDG11). “Everybody deserves to be healthy and have access to good healthcare, regardless of where they come from,” she says. “That’s something that I really deeply care about.”

WORLD CHANGING ALUMNI AWARD
This is a prestigious annual University honour which recognises and celebrates the achievements of alumni who have made a major contribution to the community, arts, science or business. It has been presented to a world-changing alumnus every year since 2001.