From arts editor with the University’s student newspaper the Guardian to managing editor of Hong Kong Tatler, Paul Kay has had a fast-moving media career. He is embarking on an exciting new venture with his own media agency. 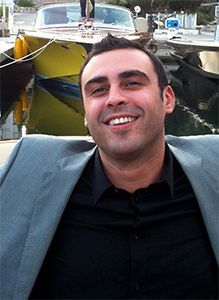 Q: What have you done since University?

A: I live in Hong Kong and have just set up my own boutique media agency called Perfect Ink Media. Until very recently I was the managing editor of Hong Kong Tatler, which is a luxury lifestyle magazine. Before that I worked for Time Out Hong Kong, which I started and launched about five years ago.

Q: How did your time at the University help?

A: What helped me most was getting involved in extra-curricular activities, particularly the Guardian. It really helped me get a foot in the door and get that first job, and also learn the basic skills that you need for a career in media.

Q: What do you like about working in Hong Kong?

A: I’ve met a lot of different people through working on Time Out and Tatler. It’s pretty special to have such a wide variety of people in my life and to get to know how they contribute to making Hong Kong the city it is.

Q: What does the future hold for you?

A: Well, I’m starting out with the new company so the next couple of years are going to be a lot of hard work, a lot of fun too I think, but I’ll be working my socks off to get the company off the ground and to get the name known. After that, I don’t know. One of my friends pointed out that I’ve been saying for six years that I’m leaving Hong Kong in two years, so we’ll see!

Q: What do you love about what you do?

A: I love that I’m my own boss now. But generally I love being a journalist and being in the media in Hong Kong. I get to meet a variety of people and the access in Hong Kong is pretty amazing compared to somewhere like London or New York. Find out more about Paul’s career and watch his interview below:

You could support the future employability of Glasgow's students by giving a little of you time through the Glasgow Careers Alumni Network.