Documentary about the Bayeux Tapestry

Congratulations to Dr Alexandra Makin on being interviewed for the documentary on the Bayeux Tapestry.

The documentary about the Bayeux Tapestry will be premiered in Bayeux, France, on 4 December 2021: 'Les mystères de la tapisserie de Bayeux' was written by Jona Rosales, produced by Antoine Bamas, and directed by Alexis de Favitski.

Dr Alexandra Makin (our Research Associate for the AHRC funded 'Unwrapping the Galloway Hoard' project with the National Museum of Scotland and the University of Glasgow) was interviewed for the film as the expert in how the Tapestry was embroidered and put together.  In the documentary, she talks about her research so far and what she has discovered about how it was made and what leads us to conclude about how the working process was set up.  The filming took place at the Guild Hall, Leicester, in June 2021.

Alexandra Makin is a textile archaeologist specialising in early medieval embroidery and a professional embroiderer, having been trained at the Royal School of Needlework. She has been to Bayeux a number of times to analyze the Tapestry, which is housed in an inner room within the museum: visitors walk around the hanging on the outside of it, bt when the museum is shut in January, invited specialists are allowed into this area to undertake their research.

The documentary will appear on the French Channel 'France 5' and on the BBC - we will circulate details when available. 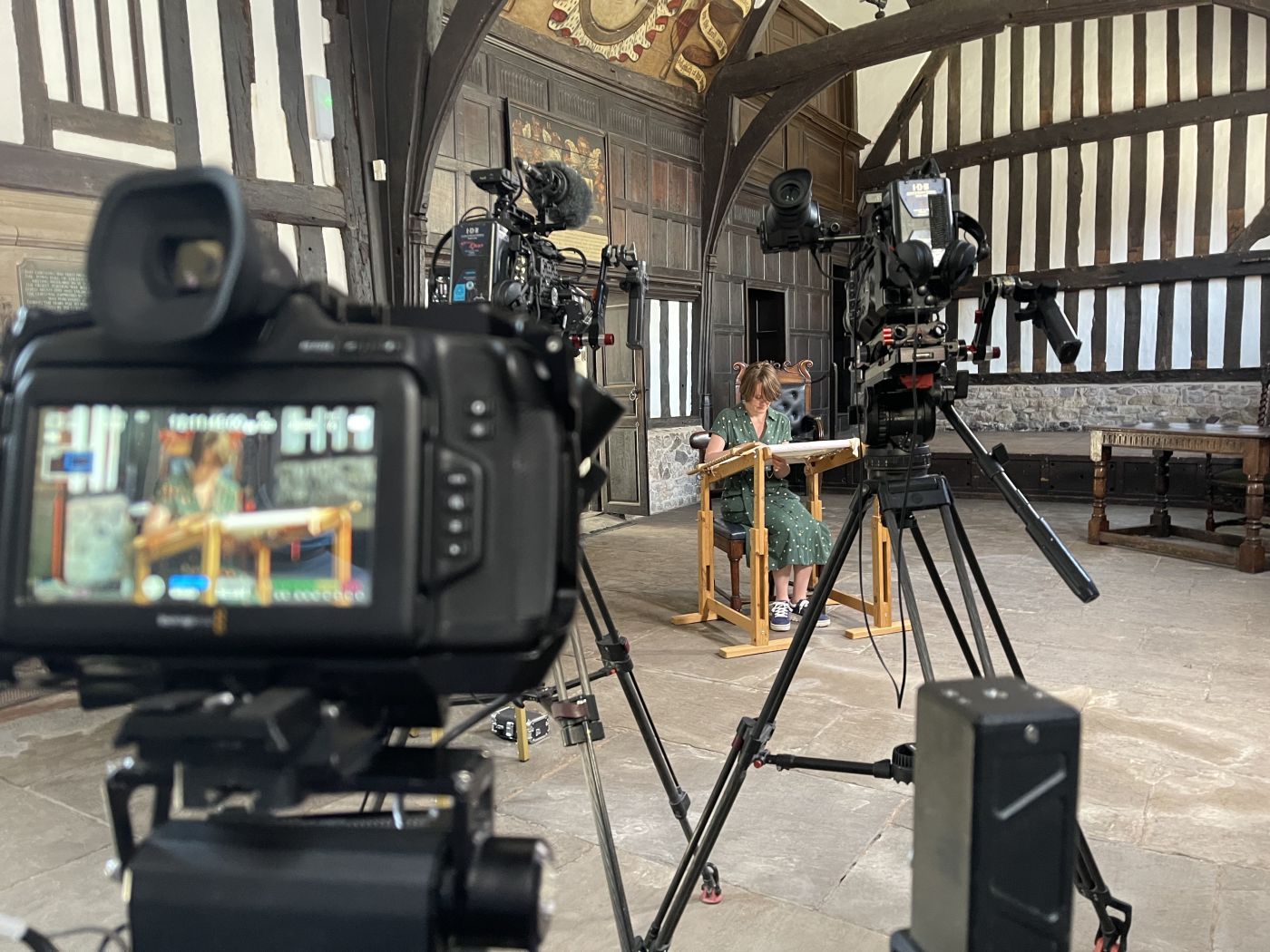