Castellani vs Bruce: the controversial discovery of the cause of sleeping sickness (3)

Trypanosomes have finally been found in the blood and cerebrospinal fluid of sleeping sickness patients, but the discovery is soon to become the subject of an international dispute where science and politics intersect.

That Castellani was the first to discover trypanosomes in the cerebrospinal fluid of patients suffering from sleeping sickness was beyond all doubt. He was also instrumental in developing the diagnostic method that would allow researchers to isolate and identify trypanosomes in the cerebrospinal fluid of sleeping sickness patients. However, whether he was the first to grasp the link between the presence of these parasites and the origin of the disease, as he always asserted, became a matter of ferocious contention in the years that followed.

The Italian found himself on the wrong end of the might of the British establishment, caught in between rivalries of personalities and scientific institutions. The London School of Tropical Medicine and Royal Army Medical Corps developed an unhealthy competition which compromised the various commissions sent to Africa in the years that followed. European politics would also impact Castellani’s future reputation. As he went on to become an international figure, serving as Mussolini’s physician and as a medical officer during Italy’s wars in Ethiopia and North Africa[1],[2], he offered detractors ammunition to besmirch his name. 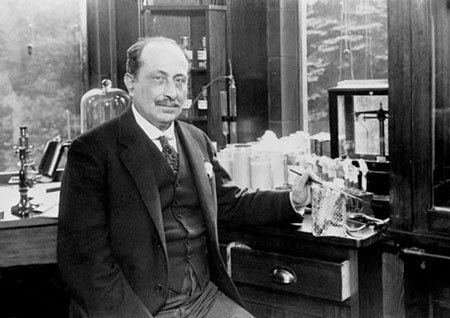 Dr Aldo Castellani in his lab

The Castellani-Bruce controversy became public after the publication of Report No. 4 (November 1903) from the Sleeping Sickness Commission, co-authored by Bruce. The report stated that “At the time of the arrival of the second commission he [Castellani] did not consider that the trypanosome had any causal relationship to the disease but thought it was an accidental contaminant like Filaria perstans. When he reported his observations to Lt.-Col. Bruce the latter was much struck by the discovery and urged Dr. Castellani to pursue this point during his few remaining days in Entebbe”[3].

Although Nabarro appeared in the author list of the Report, he later made his support for Castellani clear on several occasions, for “having first connected [the trypanosome] with the etiology of sleeping sickness”[4].

Opposing factions at the Royal Society sided with either of the two contenders, but the home player, Bruce, had more support. Most agreed with the view of the Royal Society, minimising Castellani’s contribution and maintaining that he “failed to appreciate the etiological significance of his finding, until it was brought home to him by Lieut.-Colonel later Colonel Sir David Bruce”[5]. Baker and Moffatt concurred that when Castellani had told them about his discovery of the trypanosome he still believed his streptococcal theory to be true. That he had remained silent during the months prior to Bruce’s arrival, and the fact that he leaked the news to others before communicating it to the Royal Society, helped to further discredit Castellani’s position.

The dispute between Castellani and his advocates versus Bruce’s supporters went on for years, often appearing in the press. Reams were written, yet the two camps were never able to reconcile the conflicting versions of events. This was a controversy which, as J N P Davies wrote, was "largely irrelevant and founded [...] on personal jealousies and departmental rivalries which had little to do with the sleeping sickness investigations"[6].

After Castellani’s departure from Uganda, it took Bruce and Nabarro just a few months to collect solid evidence that Trypanosoma gambiense (Castellani's T. ugandense) caused sleeping sickness. More recently, some authors have challenged this identification, arguing that the causative species of the Ugandan epidemic was not Trypanosoma gambiense imported from the Congo, but more likely T. brucei rhodesiense, a more virulent form transmitted to humans from an animal reservoir[7]. T. b. rhodesiense was, and is, endemic in Uganda and East Africa, and it has been argued that socio-economic and environmental disruption caused by colonialism could have exacerbated the disease.

Samples of biting flies were collected from across the Protectorate and sent to Entebbe, revealing a remarkable overlap in the geographical distribution of sleeping sickness and the presence of tsetse flies. Further experiments demonstrated that flies that had fed on diseased humans could transmit Trypanosoma parasites to monkeys. The vector had been identified as the blood-sucking tsetse fly Glossina palpalis that thrived in forests along the shore of lake Victoria. This preliminary groundwork made it very easy for Bruce to reach his conclusions. Davies remarked “As far as David Bruce is concerned - in his first 24 hours in Uganda he was shown a case of trypanosome fever and saw slides of the parasite, was handed a collection of biting flies amongst which he recognised a tsetse fly and heard of the discovery of trypanosomes in the C.S.F. [cerebrospinal fluid] of five cases of sleeping sickness. Rarely can the investigator of the cause of an obscure disease be handed quite so much immediately relevant information in so short a time at the outset of his investigations and one did not have to be a microbiologist of genius, or even a Fellow of the Royal Society to realize that here were immediate leads to be followed up”[8]. 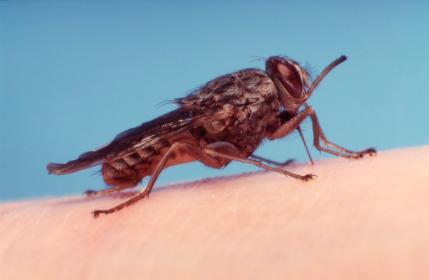 Tsetse fly - the vector for sleeping sickness and nagana

It finally became clear that trypanosoma fever and sleeping sickness were in fact two different names for the same disease, which manifested itself in two sequential stages, just as Maxwell-Adams had suggested. It became clear that fever and the presence of parasites in the blood occurred during the first stage, while parasites in the brain (and cerebrospinal fluid) accompanied by somnolence, apathy and wasting characterised the second stage.

Bruce continued his studies on sleeping sickness in Uganda for several more years. Castellani instead pursued other interests and went on to become one of the most important medical figures of the first half of the 20th century. He is remembered chiefly for his contributions to tropical dermatology and microbiology rather than for his role in the discovery of the cause of sleeping sickness. A contribution that, along with some of the other investigators involved (such as Baker, Nabarro, and Dutton), failed to get the recognition it deserved.

The discovery of the pathogen and vector of sleeping sickness was immediately acknowledged by most investigators working in the field and it enabled measures to halt the spread of the disease to be implemented[9]. Unfortunately, it was too late for the 200,000-300,000 people believed to have died in Uganda during the epidemic that swept the region from 1896 to 1906. Further west, in the Congo basin, another half a million are believed to have died.

Incisive and radical control measures implemented in Uganda did start to slow transmission of the disease. Entire villages, for example, were forcibly evacuated from tsetse-infected areas; tsetse-harbouring bushes were cleared; indigenous people were tested for infection and, if positive, locked up in sleeping-sickness camps. In the years that followed, the microbiologist Robert Koch and the chemist Paul Ehrlich started experiments that led to the development of the first drugs capable of treating the disease9.

Prior to the First World War research on sleeping sickness became top of the list of pan-African priorities, receiving the largest share of funds spent for infectious diseases. Efforts continued until midway through the century, with coordination of research that helped to create the first organisational infrastructures that linked disease control in Africa and Europe.

International cooperation among scientists accelerated progress towards control of the disease and by the end of the Colonial Era in the 1960s sleeping sickness was close to elimination. Nevertheless, that was not the end of the disease. Control programs were abandoned in post-colonial nations and the disease resurged, becoming the “neglected tropical disease” it is today, afflicting the poorest communities in Sub-Saharan Africa, and attracting little by way of health investment. New devastating epidemics arose during the second half of the 20th century, prompting renewed international efforts. Today, more than a hundred years from the discovery of its cause, sleeping sickness is once again under control and on track for elimination. Hopefully this time there will be no grounds for complacency.

Read more about the WCIP's research into sleeping sickness, and take a look at our comic: Sleeping sickness - the fight against a nightmarish disease.