Leishmania: an ancient disease that remains a tremendous health burden

When the Glaswegian doctor William Leishman found little ovoid bodies in the spleen of a British soldier in India, little did he know that he would coin the name of a disease that is still affecting nearly one million people every year today. Leishmaniasis manifests as large unpleasant skin ulcers, deformation of the skin (especially in the face), and in some cases, swelling of internal organs resulting in death.

The disease is caused by a tiny parasite (called Leishmania) that is so small that you need a microscope to see it and it is transmitted by the bite of an infected sand fly when it feeds on our blood. While the sand fly has a nice blood-supper, the parasites enter the skin and are taken up by the scavenging patrol cells called macrophages. Macrophages are designed to deal with intruders, they have machinery that can chop any invader into pieces before they can cause too much harm to our body. Leishmania however is too clever for these cells and actively deactivates this machinery. The parasites live in these very cells, which should be protecting us, thus shielding them from the rest of our immune system. The parasite then makes copies of themselves and spread throughout the body. 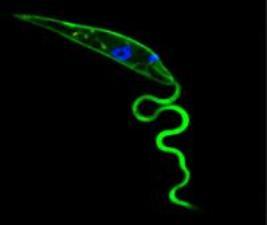 Very clever right? The failing attempt to kill this intruder leads to the formation of lesions on our skin. In some instances, the parasites even produce substances which can eat away your nose or soft-palate or cause serious harm to internal organs like the liver.

Leishmania has infected us humans for centuries. Pre-Incan pottery shows depictions of the lesions typical for leishmaniasis and even some mummies of pharaohs carry leftovers of this parasite, suggesting that the disease has been around for a long time. 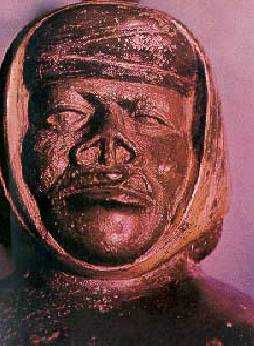 How have they managed to persist for so long in human populations? Leishmania is very well adapted to live in our bodies and is always one step ahead of our immune systems. Although we already know quite a bit about how it works, we still do not fully understand completely how this parasite outsmarts our immune system and resists the drugs we give infected people to get rid of this nasty intruder. It always seems to find a new way to survive.

One way that it might outsmart us is by becoming inactive. We call this “quiescence”. In this case, Leishmania acts like a bear that hibernates over winter in its cave when there is not enough food during winter and the conditions are harsh. While sleeping in his cave, not causing any trouble or harm, a bear also largely goes unnoticed. Like a hibernating bear, some Leishmania may slow everything down and stop making copies of themselves.

This “hibernating state” of Leishmania is especially useful tool for the parasite because the drugs we give patients often only really affect active and multiplying parasites. Consequently, the dormant parasites are less vulnerable to the drugs we use to kill them. Quiescent cells hence can wait around until the danger is over to have their comeback. Little is known about this state and how it may or may not come about. My PhD is focusing on trying to understand this “quiescent state” better.

Victoria has created a short animation on leishmania if you'd like to find out more.

Also, check out this film on the sand fly - the vector of the leishmania parasite by medical entomologist, Dr Hector Diaz Albiter.