Inside the petri dish: the evolution of culture media

Every day, in laboratories around the world, culture media are used to grow microorganisms, cells and tissues. Culture media (or growth media) are specific formulations containing the nutrients that microbes and cells need to thrive in an artificial environment, such as a culture flask or a Petri dish. The use of such media in research, diagnostics and industrial processes is so essential that most biomedical researchers take them for granted. However, their formulation is the result of a long and painstaking process to find the right ingredients. In the past this was done by trial-and-error, but today media development is increasingly guided by our deepening understanding of the needs of individual cells.

The father of culture media

The story of culture media is as old as scientific microbiology itself. As soon as the existence of microbes was proven and linked to rotten food and diseases in the 19th century, physicians started to look for ways to isolate and grow them outside of their host or natural environment. French biologist Louis Pasteur led the way, experimenting with urine and meat broth. The great German microbiologist Robert Koch, who advanced the use of meat extracts and fresh beef serum broths, followed closely behind. However, these liquid media couldn’t separate discrete bacterial populations. For this, a solid medium was needed.

It was a woman, Fanny Hesse, the wife of one of Koch’s assistants, who, in 1882, suggested the use of agar, a gelling ingredient from seaweed. Agar proved far better than coagulated egg albumin, starch paste, or gelatine previously considered by Koch. By mixing it with nutrient rich broth a solid matrix could be created, and this remains the standard to this day. These innovations allowed the rapid identification of many key bacterial and fungal agents of disease. The golden age of microbiology had begun, and Koch went down to history as the ‘father of culture media’.

A food for men and microbes

In 1884 another German bacteriologist, Fredrick Loeffler, added salt and enzyme-digested meat proteins called peptones to Koch's medium. This provided a superior nutrient content, allowing bacteria to grow at higher density. The Liebig’s Extract of Meat Company (LEMCO), producer of the famous Oxo cube, recognised a commercial opportunity and started recycling its meat waste products to manufacture peptones for the laboratory.

Media used in bacteriology quickly evolved to allow the growth and selection of ever more diverse microorganisms. Formulations were altered by limiting nutrients, thus preventing growth of some microbes but allowing others to thrive. Koch’s empirically derived media, though, always remained at their core.

While microbiologists were developing cultures for their microbes, others were trying to grow animal and human cells in the laboratory. This line of research, which eventually led to the development of modern tissue culture media, can be dated back to 1882, when British physiologist Sydney Ringer managed to keep a frog's heart beating by perfusing it with a saline solution. After him, an American biologist, Ross Granville Harrison, became the first to obtain growth of an animal tissue in an artificial culture.

A pivotal breakthrough came with Alexis Carrel in 1912. The French surgeon and biologist developed a ‘plasmatic medium’ he used to keep the connective tissue from an embryonic chicken heart alive for more than 20 years! Although this result remains controversial, his natural medium (also based on saline solutions but with the addition of chicken blood plasma and chicken embryo extract) remained the standard until the 1950s.

The next major advance occurred as scientists started to identify nutrients needed for cell growth. American pathologist Harry Eagle made a major contribution by discovering the essentiality of some amino acids and vitamins for cell survival. He used this knowledge to develop, at the end of the 1950s, his classic ‘Eagle's Minimal Essential Medium’ (MEM). A plethora of modifications of Eagle's formulation followed, designed to support the growth of specific cell types, but all based on MEM’s basic ingredients: inorganic salts, amino acids, vitamins and glucose, along with blood serum. As these media contain complex, incompletely-defined mixtures (generally in the form of animal serum), they are described as ‘semi-defined’.

Growing parasites outside of their host

Semi-defined media proved key to growing not just human or animal cells, but also other kind of living organisms, such as protozoan parasites. At the turn of the 19th century, when disease-causing parasites such as blood-dwelling Plasmodium species that cause malaria, or trypanosomes (the agent of sleeping sickness) were discovered, efforts to isolate and culture them in the laboratory began.

However, the task proved to be quite challenging and it was only in the mid-1970s that William Trager and James B. Jansen could establish the first continuous laboratory culture of Plasmodium species. They used a derivation of Eagle's basal medium, supplemented with human serum and human red blood cells using a specific atmosphere with 7% CO2 and at a temperature of 38ºC.

Continuous cultivation of bloodstream trypanosomes was also achieved only in the late 1970s, after decades of failed attempts. Hiroyuki Hirumi achieved success by using the medium already used for malaria culture (named RPMI 1640, from the name of the institute where it was developed, the Roswell Park Memorial Institute in USA), supplemented with foetal bovine serum and in the presence of a bovine feeder layer of connective tissue cells. The medium was later modified several times to produce the one that is widely used today, HMI-11. This semi-defined medium supports the growth of trypanosomes in absence of a feeder layer, but not at the levels found in the mammalian host, despite its very rich composition.

Trager's and Hirumi's media have revolutionised the study of parasites such as Plasmodium and trypanosomes, allowing testing of compounds in the pursuit of new treatments. However, many limitations still exist, and efforts are underway to improve laboratory media for these and other parasites, especially for strains and field specimens which can't currently be cultivated. 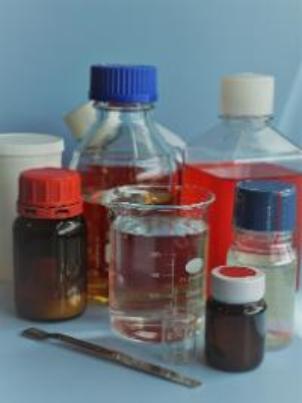 Although the use of naturally-derived components (such as blood sera, peptones and yeast extracts) in culture media still prevails today, improved knowledge of the biochemistry of microorganisms and cells has allowed a more informed design of media. Ideally, the aim is to create completely defined synthetic media, where every component is known. These media would guarantee reproducibility and eliminate batch-to-batch variation, but they are still incredibly difficult to design.

The first defined synthetic medium for animal cells was Ham's F12, developed to grow Chinese hamster ovary cells by American cell biologist Richard G. Ham in 1965. Other defined media have appeared since, but to date, most are not as convenient as the classical semi-defined formulations. Chemically defined media have also been developed for some bacteria species, such as the M9 minimal medium for E. coli, and for parasites such as Leishmania. By using metabolomics (the study of metabolic pathways) to characterise chemicals used by trypanosomes, some progress has been made by researchers at the University of Glasgow in developing a new minimal medium where most nutrients were removed from HMI-11, although it remained necessary to retain some serum. For malaria, growing Plasmodium parasites independently from their host red blood cells continues to be an important research goal towards a more defined medium.

The evolution of culture media continues.

Dr Federica Giordani is a post-doctoral researcher working on drug discovery for trypanosomiasis (sleeping sickness) and other neglected tropical diseases.