The WCIP's Professor Matthias Marti has been announced as a new Fellow of The Royal Society of Edinburgh (RSE).

Created in 1783 by Royal Charter, the RSE is an educational charity, registered in Scotland, operating on a wholly independent and non-party-political basis and providing public benefit as Scotland's national academy of science and letters

Their fellowship includes people from a wide range of disciplines – science & technology, arts, humanities, social science, business and public service - and comprises leading thinkers whose work has a significant impact on our nation.

There are three key criteria against which candidates will be assessed and which demonstrate the excellence the RSE seeks: outstanding achievement, professional standing, and societal contribution.

The nominations process opens in February and closes on 31 May each year, with the assessment process carried out from July to November and the final list of candidates approved by the RSE Council at its December meeting.

Proposed new Fellows are then put to a ballot of the Fellowship, after which successful candidates are informed of their election in the Spring.

Professor Marti was today named amongst the 2021 cohort of 87 fellows, which included six University of Glasgow colleagues.

Professor Marti said: "I feel honoured having been selected as a fellow of the Royal Society of Edinburgh - and look forward to contributing to RSE activities! I should also emphasise that this has only been possible thanks to the amazing environment at WCIP and iii, and the continuous support at all levels during the past five years at UofG." 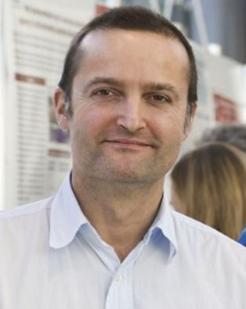