Oropouche virus (OROV) is a medically important orthobunyavirus that causes frequent outbreaks of a febrile illness in the northern parts of Brazil. Over half a million OROV infections have occurred in >30 outbreaks since its isolation in 1955. In an urban environment, OROV is transmitted to humans by the midge Culicoides paraensis. The natural host of the virus is the pale-throated three-toed sloth. Recently OROV has been isolated outside the current known epidemic zone in Brazil, while OROV reassortant viruses capable of infecting humans have been isolated in Peru and Venezuela indicating that OROV maybe circulating more widely in South America than previously appreciated.

Researchers at the CVR have recently developed a reverse genetics system to enable molecular characterization of this important yet poorly studied emerging viral zoonosis. 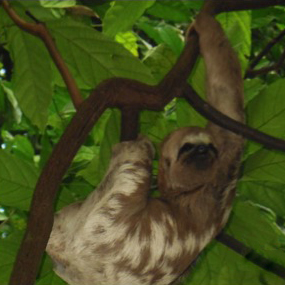