I graduated from the University of Glasgow in 2002 with a first class M.Sci. (Hons) in Genetics. After a brief spell in the financial sector and a less brief spell travelling, I returned to the University in 2005 and completed my British Heart Foundation (BHF) funded PhD, ‘Oxidative Stress in Endothelial Cells of Patients with Coronary Artery Disease’, in 2009 under the supervision of Dr William Miller and Professor Dame Anna Dominiczak. On completion of my PhD, I received additional BHF funding to continue my work on the role of AMP-activated protein kinase and oxidative stress in endothelial dysfunction. This work was carried out with Professor Dominiczak and Professor Christian Delles with whom I also studied gene expression profiles in the endothelium of women with pre-eclampsia.

In 2011 I joined Professor Andrew Baker’s group to study the directed endothelial differentiation of human embryonic stem cells. During my time in Professor Baker’s group, I was also involved in investigating the role of microRNAs and long noncoding RNAs in vascular smooth muscle cell biology and pathology.

I returned to Professor Delles’ group in 2014 where I worked on the EU-funded SysVASC project. Here, we utilised a systems medicine approach to better understand the development of cardiovascular disease and identify biomarkers for earlier diagnosis and therapeutic intervention.
After 12 years in the lab, I finally hung up my pipette in 2017 to work with Professor Jennifer Logue on the development of a core outcome set for UK lifestyle weight management programmes. With Professor Logue, I also investigated long-term outcomes following bariatric surgery as part of the Surgical Obesity Treatment Study (SCOTS) and am a co-investigator on the NIHR-funded BEhavioural weight management: COMponents for Effectiveness (BE:COME) study.

Having successfully gained PRINCE2® project management qualifications during my time with Professor Logue, I am currently working as a project manager within the Heart Failure Clinical Trials Team. 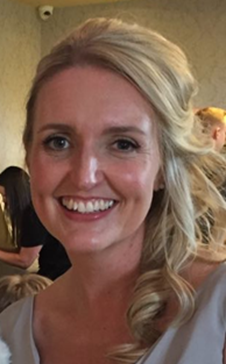