Glasgow projects secure £112,000 for disaster management and victims of flooding in Pakistan

The August 2010 catastrophic floods in Pakistan follow the massive earthquake in northern Pakistan and Kashmir in 2005. The 2010 floods are the worst for centuries. Local populations are now suffering extreme hardship and there is much loss of life. More than 20 million people have been affected. Whole communities have been displaced, villages have lost their livelihoods, and cattle and fields have disappeared.  International aid is rapidly being organised.

The University of Glasgow (UoG) with Heritage Foundation (HF) - an NGO in Pakistan - submitted applications to both of the Scottish Government calls, and both applications were successful. They total in excess of £112,000. Other agencies funded include Islamic Relief, Mercy Corps, Oxfam, and Save the Children.

The two projects, one for six months and one for three years, were submitted by Azra and Peter Meadows (UoG) and Yasmeen Lari (HF). Yasmeen Lari is CEO of Heritage Foundation and a chartered architect. She recently gave a presentation to the University of Glasgow Centre for International Development that was funded by a Lottery Fund grant to the Scottish Pakistani Association. Azra Meadows is the Chairperson of the board of trustees of SPA. Azra Meadows, Peter Meadows and Yasmeen Lari have been working together since 2008 on humanitarian issues in Pakistan.

The two projects will be jointly conducted by Heritage Foundation and the University of Glasgow and will be led by Yasmeen Lari, Azra Meadows, and Peter Meadows. The projects will help victims of the flooding and post-disaster events in Pakistan. They will focus on humanitarian aid to rural communities in the most northerly province of the country, North West Frontier Province - renamed Khyber Pukhtunkhwa in April 2010. The funding will be used to build emergency homes for rural communities and to aid disaster management and rehabilitation of women and children. 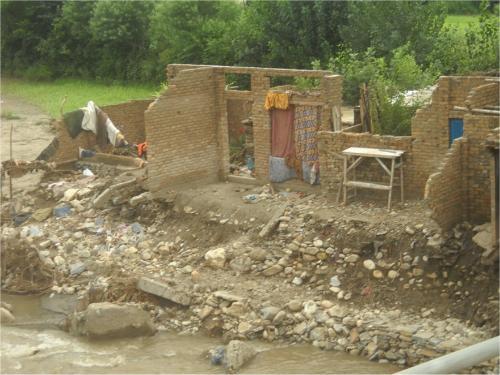 The first project will begin in autumn 2010. It will last for six months and will build emergency homes for families displaced by the floods. The emergency homes will be specially designed low-cost units built with sustainable, local materials (bamboo, stone, lime-mud) on a guided self help basis, and will last until permanent homes are built. 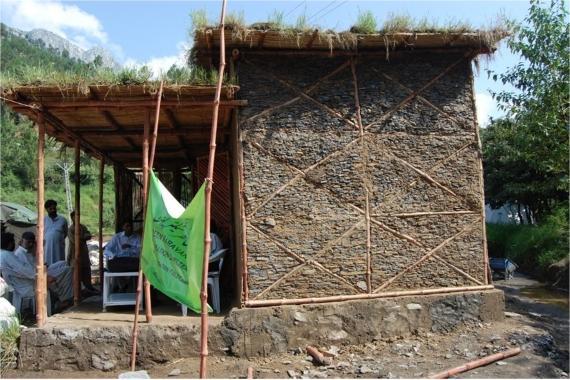 The second project will also begin in autumn 2010. It will last for three years and will provide disaster management and rehabilitation guidance for rural communities. This program will educate women and children about hazard preparedness and post-disaster actions. It will also provide advice to men-folk, and will guide families in the development of livelihood programmes. 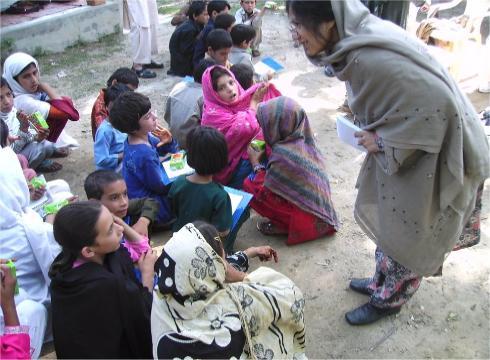 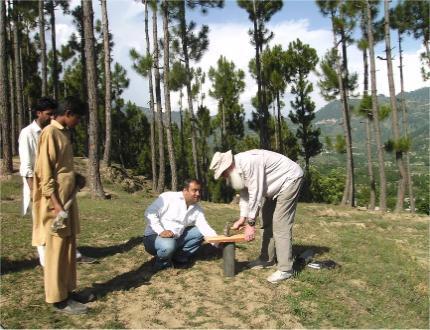 Yasmeen Lari
"We are delighted to receive news of the two Scottish Government grants to the University of Glasgow and Heritage Foundation for projects in Khyber Pakhtunkhwa Province. Both grants will provide assistance to post-disaster communities that will enable them to restart their lives.
The collaboration with Azra Meadows and Peter Meadows in our work in the earthquake area over the last three years has been extremely valuable. The new funding for emergency shelters after the recent terrible floods is wonderful news.
I am confident that the two newly funded projects will further strengthen the working partnership between the University of Glasgow and Heritage Foundation, and will allow us to rapidly expand our joint work on strategies for early recovery and sustainable development of post-disaster and post-conflict communities".

Azra Meadows
"The Scottish Government's initiatives in funding International Development projects in South Asia indicates the vital importance of poverty alleviation and humanitarian assistance - especially for women and children.  The University of Glasgow's success in obtaining two Scottish Government grants for post disaster work in Pakistan to work with Heritage Foundation adds to the University's internationalisation record and to its long-term partnerships with HE institutes and NGOs in Pakistan."

Peter Meadows
"We are delighted with the Scottish Government's commitment to funding humanitarian aid to developing countries in South Asia, and in particular to Pakistan following the recent catastrophic floods there. This is extremely important in view of the huge scale of the flood disaster and the current geopolitical scene in the area. We look forward to working with Heritage Foundation over the coming years and furthering the United Nations Millenium Development Goals."