Experts agree that direct vaccination and enhanced surveillance are key actions needed to reduce infectious disease threats to the world's most endangered carnivores.

Although traditionally associated with domestic dogs, CDV is capable of infecting a broad range of species. A change in nomenclature would better reflect this host diversity, said scientists who attended the meeting. 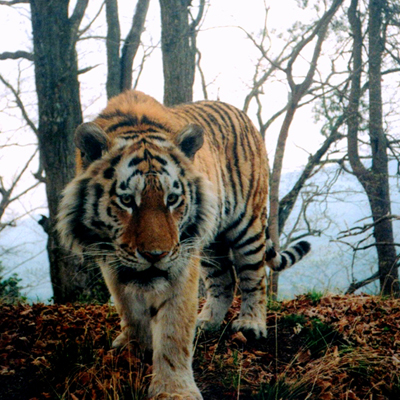 Wildlife populations already threatened by poaching, habitat loss and human-wildlife conflicts are especially susceptible to extinction risks from disease. For example, between 2007 and 2012 CDV contributed to the decline from 38 to 9 individuals of a well-studied population of Amur tigers in the Russian Far East. “Half the world’s tigers exist in populations of 25 or fewer individuals, and populations consisting of 25 individuals are 1.65 times more likely to disappear in the next 50 years if CDV is present”, said meeting participant Martin Gilbert, a wildlife ecologist and field veterinarian holding joint positions at the University of Glasgow’s Institute of Biodiversity, Animal Health and Comparative Medicine (IBAHCM) and WCS, and a member of BO.

Like tigers, lions have suffered major declines due to CDV. In the early 1990s a CDV outbreak killed more than a thousand individuals in the Serengeti National Park of Tanzania. The threat of CDV extends well beyond big cats, with dramatic population declines impacting some of the most endangered carnivore populations in the world, including the Ethiopian wolf, African wild dog, and black-footed ferret. 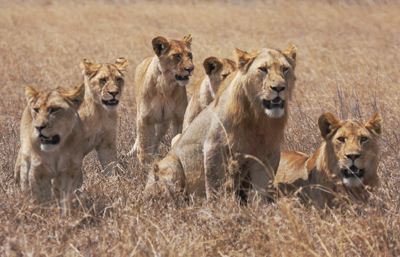 The multi-host nature of the virus hampers efforts towards controlling the disease in complex ecosystems where a range of susceptible species co-exist. Recent studies on CDV dynamics in Serengeti domestic dogs and lions led by Mafalda Viana and Tiziana Lembo from IBAHCM and BO, who participated in the “Vaccines for Conservation” meeting, showed that long-term persistence of the virus may involve a broad carnivore community, potentially including wildlife as well as domestic dogs. They said, “This might explain why attempts at reducing CDV risks to lions in the Serengeti through mass vaccination of dogs adjacent to the protected areas have not eliminated infection in lions.”

Interventions of this type would require an optimal degree of monitoring, which could be achieved through: