The face of new technology 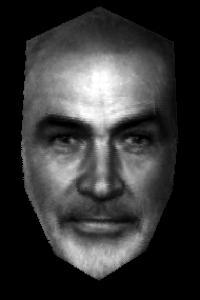 National security and crime prevention could be revolutionised by new developments in face recognition technology.

Systems designed to identify criminals and suspects from photographs are often unreliable due to image variability such as lighting and pose. However, new findings made by University of Glasgow researchers, and reported in the journal Science today (24 January), show that by combining a number of photographs into an average image of the person, the face recognition results are twice as accurate.

Lead researcher Dr Rob Jenkins said: “We were surprised by the level of success of our trials. A photo of a face captures a single moment and two pictures of the same person can look quite different depending on when they were taken, as well as changes in lighting or pose.  With image averaging, we can wash away all these differences, and extract the true essence of the person’s face.

“The applications of this technology are quite extensive, from the identification of missing persons to use in customs. In fact the face recognition technology, FaceVACS, is currently being tested in Sydney airport."

The research was developed by studying how the human mind recognises faces. 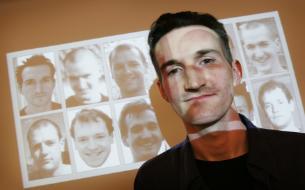 Co-researcher Professor Mike Burton said: “As humans we are amazingly good at recognising people we know, but we are actually very bad at matching someone we don’t know to their photo. In this project we have borrowed from psychological research on how we recognise familiar people, and discovered that this can substantially improve automatic face recognition too. This may offer a way forward for technology that has not yet lived up to its promise.”

The researchers used the face recognition technology FaceVACS and the website MyHeritage.com, containing over 30,000 photos of celebrities, to test their findings. When new photos of the celebrities, including David Beckham, Clint Eastwood, Sean Connery and Bill Clinton, were submitted only half of them were correctly identified, however, when the ‘average faces’ were submitted performance shot up to 100% accuracy.

Rob Jenkins will talking about his face recognition research at Glasgow's Cafe Scientifique on Monday, February 4. Find out more here

Dr Rob Jenkins and Professor Mike Burton are available for interview. Professor Burton will be in Australia from 25 January.

To speak to the researchers or to request images please contact Kate Richardson in the University of Glasgow Media Relations Office on 0141 330 3683 or email K.Richardson@admin.gla.ac.uk