The editor of Guardian Unlimited, one of world’s leading newspaper websites, is to discuss ‘The On-Line Citizen’ at a lecture at the University of Glasgow.

Emily Bell, Editor-in-Chief of Guardian Unlimited will be delivering the free, public lecture - 7pm on Thursday 24 January in the Sir Charles Wilson building, University Avenue, Glasgow - as part of the prestigious Stevenson and Adam Smith Research Foundation lecture series which this year is on the theme of ‘Citizenship and the Role of the Media’. 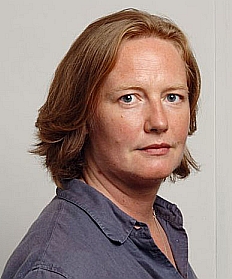 A Guardian and Broadcast magazine columnist, Emily has worked for the Observer and then the Guardian for the past seventeen years, setting up mediaguardian.co.uk in 2000 and becoming Editor-in-Chief of Guardian Unlimited a year later. In September 2006, Emily was promoted to the new position of Director of Digital Content for Guardian News and Media.

Guardian Unlimited, the Guardian and Observer’s network of websites, has won multiple awards, including the prestigious Webby for Best Newspaper on the world wide web in 2005, 2006 and 2007.

The next lectures in the series are:

7 February - Professor John Curtice (University of Strathclyde) on "The Media and Academia: a dangerous mix."

21 February - Professor Philip Schlesinger (University of Glasgow) on "Can Scotland have a communication policy?"

6 March - The Rt Hon Charles Kennedy, MP on "Dogs and Lamp-posts: Reflections on the relationship between politicians and the Media."

Free and open to the public, each hour long lecture starts at 7pm in the Sir Charles Wilson building, University Avenue, Glasgow.