Animal builders create structures, whether homes, traps, or for courtship display, that amaze us with their apparent ingenuity. But how do creatures with such small brains build these complex forms, sometimes working in teams with clear division of labour towards a common goal? Which skills are inherited and which learned? And how did these behaviours evolve?

In his new book, ‘Built by Animals: The Natural History of Animal Architecture’, Professor Mike Hansell - Honorary Senior Research Fellow at the University of Glasgow and former professor of animal architecture - considers builders from across the animal kingdom to explore these questions and reveal the ways in which different animals achieve their building feats. 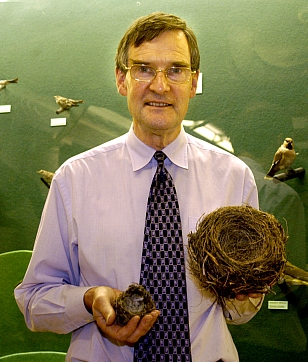 Mike shows how small-brained animals work in a small-brained way, repeating many simple actions to produce complex results, and the variety of materials, both those available in the environment and self-secreted ones such as silk, to build structures of what seems to us striking ingenuity. Large-brained animals such as humans or chimpanzees, on the other hand, take a more complex and costly approach.

By considering the differences between these two modes of building, Mike Hansell shows how we can draw some surprising conclusions about animal intelligence and tool-use; learn important lessons about engineering, environmental impact, and the organization of workforces; and even begin to explore the question of whether some animals have an aesthetic sense.