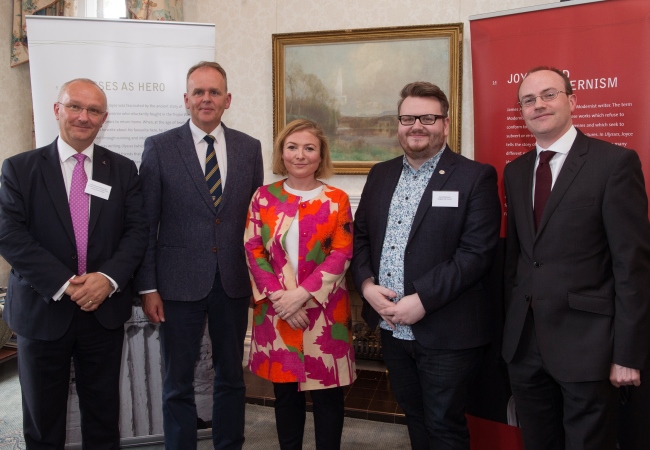 The University of Glasgow was in “Bloomsday” form to celebrate the literary legacy of Ireland’s James Joyce.

Each year, people all over the world commemorate and celebrate the life of the Irish writer by reliving the events of his novel Ulysses, which is set on 16 June 1904. The day is named after Leopold Bloom, the book’s central character.

At the event, held in the University of Glasgow, a rare copy of Ulysses was on display.

There were also a series of trilingual readings of sections of Ulysses in English, Irish (Gaeilge) and Scottish Gaelic (Gàidhlig).

The Gàidhlig translation by Beathag Mhoireasdan, was read by Gilbert MacMillan and the English by Dr Maria-Daniella Dick. The Irish Gaeilge translation was read by Joe McHugh TD, Ireland’s Minister of State at the Department of Culture, with responsibility for Gaeilge, Gaeltacht and the Islands.

I had to admit tonight to having never read Ullysees... and then I was asked to deliver this passage as Gaeilge. A prize for anyone who can translate... #Bloomsday2018 @UofGlasgow @irlscotland pic.twitter.com/o6LYCtTrin

The celebration was hosted by the College of Arts and the Consulate General of Ireland in Scotland.

Professor Roibeard Ó Maolalaigh, Vice Principal and Head of College of Arts, said: “As a Professor of Gaelic I really enjoyed listening to the translations of Ulysses at our annual Bloomsday celebrations.

“Irish and Gaelic studies is a great strength at Glasgow and it is important to reflect this by celebrating the strong historical and cultural links between Ireland and Scotland.

“We were delighted to welcome Irish Minister Joe McHugh to Glasgow and to be part of the worldwide annual celebrations of James Joyce.”

As well as Mr McHugh, the event was also attended by Glasgow City Council’s Deputy Leader David McDonald and the Consul General of Ireland in Scotland, Dr Mark Hanniffy.

'It was wonderful to reconvene with the Consulate of Ireland in Glasgow for Bloomsday, and to welcome Minister McHugh this year to our celebrations.

Dr Maria-Daniella Dick, a Lecturer in Irish and Scottish Literature based at the School of Critical Studies, who helped to organise Bloomsday 2018 at the University, said: "It was wonderful to reconvene with the Consulate of Ireland in Glasgow for Bloomsday, and to welcome Minister McHugh this year to our celebrations.

"These events are also an opportunity to bring our research in modernism and in Irish and Gaelic studies to our friends outside the University. The occasion allowed us to invite guests from the Irish diasporic community in Scotland, and from Glasgow civic and cultural life, to share in the multilingual, intercultural writings of Joyce himself." 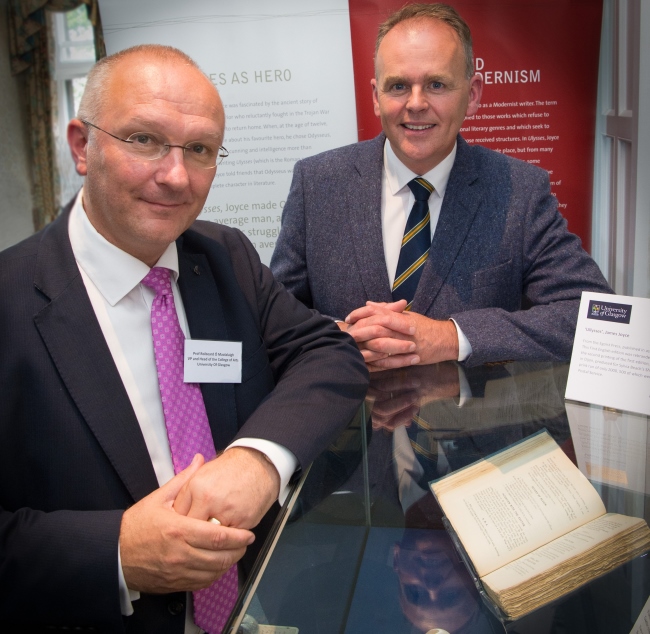