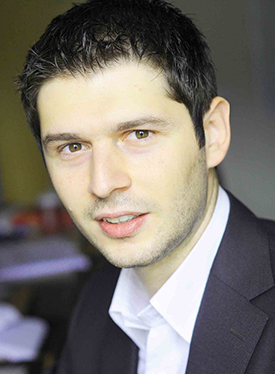 It is now official, Dr Theodore Koutmeridis is a Rising Star!

Dr Koutmeridis will form an Early Career Network on "Inequality, Conflict and Violence" to facilitate the exchange of ideas across young scholars, established experts, academics, businesspersons and policy stakeholders. This award will be used to organise research, policy and research methods PhD training events in Glasgow and London and apart from the University of Glasgow will bring together scholars from London Business School, London School of Economics, University of Warwick and Kings College London, among others.

This award is associated with the university-wide "Behaviour, Structure and Interventions" (BSI) research network, which is coordinated jointly by the Dean of Interdisciplinarity and Impact, Professor Sayantan Ghosal, and Dr Theodore Koutmeridis. BSI aims to develop and refine a methodology, at the interface of theory and empirics, that can be applied to the study of substantive issues in a variety of different settings and problems and deliver policy impact. BSI is explicitly inter-disciplinary but with a disciplinary core located in economics and related social sciences. BSI is administrated by Mr David Wright, Networks Administrator at the Research Strategy and Innovation Office. More information about BSI appears on the Research and Knowledge Exchange web pages under Behaviour, Structure and Interventions.

Dr Koutmeridis works on labour economics and on the interaction of economics and law, focusing mainly on crime, wage inequality and market failures, such as informational and financial frictions. He holds a PhD in economics from the University of Warwick where he has been a Junior Fellow of the Royal Economic Society and an Onassis Scholar. Recently he has been elected a member of the Royal Society of Edinburgh's Young Academy of Scotland. His work has been recognized with research, teaching, impact and engagement awards, such as the Sir Alec Cairncross Prize in Economics and grants by the European Science Days, the ESRC and the British Academy. Dr Koutmeridis is currently a Research Fellow in Economics at the University of Glasgow and he has recently been a Visiting Scholar at Columbia University.

The British Academy’s Rising Star Engagement Awards (BARSEAs) are designed to enable established early career academics to actively engage in the work of the Academy and to enhance their own skills and career development through the organisation of events, training, and mentoring activities for a wide range of other early career researchers.