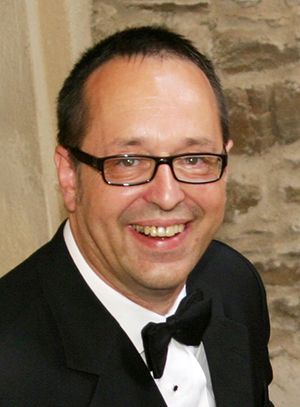 This tribute has been kindly provided by Professor Michele Burman, Head of the School of Social and Political Sciences with Professors Denis and Moira Fischbacher-Smith, Fred Cartmel and colleagues from the University of Leicester.

Professor Andy Furlong, who died on Monday 30 January 2017 at the age of 60, was an internationally renowned sociologist of youth.

‌From early in his career, Andy was at the forefront of youth studies in the UK and internationally; he was a highly-regarded leader for the discipline and someone whose drive and commitment to understanding the challenges of youth captured the imaginations and secured the loyalty of many academic colleagues and students over the course of his career.

Andy held academic posts at the Universities of Edinburgh and Strathclyde before joining the Sociology Department at the University of Glasgow, where he established the Youth, Education and Employment Research Unit and also became Head of the Department, creating a collegiate and productive environment in which Sociology thrived. Following an internal move to the Department of Management, where he was Professor of Sociology, Andy was subsequently appointed as Professor of Social Inclusion and Education in the Department of Education at Glasgow in recognition of his broader work on social class and social inclusion. In 2014 he was appointed Dean of Research in the College of Social Sciences, a position for which he was uniquely qualified, and his down-to-earth and collegiate style of leadership, kindness and unfailing, and often irreverent, good humour set an example for colleagues across the College and wider University. Andy was a huge and supportive influence on his many PhD students and colleagues, and a truly inspirational role model. A colleague of Andy stated that in an academic career spanning over 30 years, he had never worked with someone who could inspire critical thought across various social science disciplines and yet could do so in a way that was typified by modesty and humility. Professor Andy Furlong was such a colleague.

Andy’s first book, Growing up in a Classless Society? School to Work Transitions, published in 1992 introduced new theoretical conceptualisations of youth transitions. The 1997 book Young People and Social Change: Individualisation and Risk in Late Modernity, which he co-authored with Fred Cartmel, remains a highly influential text, used by youth researchers across the world. His subsequent publications have continued to push academics and policy makers to consider youth transitions not as a linear progression from school to education to work, but as a non-linear pathway scattered with blind alleys and dead ends, which young people must navigate.

Andy was a truly outstanding scholar. He led and collaborated on numerous research projects with other world leading academic colleagues from across the world and acted as a consultant to the United Nations and the Council of Europe on youth policy. Andy won many accolades over the course of his career. He was appointed as a Fellow of the UK Academy of Social Sciences in 2011 and a member of the Research Methods and Infrastructure Committee of the ESRC. He held Honorary Professorial positions at Deakin University, the University of Melbourne and University of Newcastle in Australia and held a Fellowship from the Japanese Society for the Promotion of Science.

He was also the founder and Editor-in-Chief of the Journal of Youth Studies, a journal he developed from humble origins to being the leading journal in the field. Despite his academic achievements, Andy remained an individual who never lost sight of his own background, who was committed to the practicalities of supporting disadvantaged young people into employment, and who was capable of engaging with a range of audiences. His legacy will be long-lasting. He was fiercely committed to his work around youth studies. Andy was born in Liverpool and came to academic life as a ‘mature’ student via a non-traditional route, a heritage that he was extremely proud of and which underpinned his commitment to improving access to higher education.

Having initially worked for the Virgin records company in the early 1980s, Andy went to study Sociology at Leicester University and so began a long and deep connection with both the city and the university where he went on to obtain his doctorate under the supervision of David Ashton. His doctoral studentship was linked to a Department of Employment funded research project on Young Adults in the Labour Market which examined the experience of the Youth Training Scheme generation. That PhD provided the springboard from which Andy moved forward to create a reputation as one of the leading, if not the leading authority on youth transitions from school to work, the youth labour market and youth studies, both nationally and internationally. One of the first doctoral students to graduate from what came to be the Centre for Labour Market Studies (CLMS), Andy continued to support the Centre throughout his career, both as an external examiner, informal advisor and research collaborator. It is so very poignant, yet also symptomatic of his continued commitment to CLMS that, at the time of his untimely death, he was in the process of publishing, with his close colleagues from Leicester, a re-analysis of the data from the 1980s study of the young adults in the city. Andy was awarded a DLitt by Leicester University in 2012.

Andy was genuine, professional, principled, and always kept things in perspective. A modest man, who didn’t draw attention to himself, Andy had a hugely generous presence and made a lasting impact on those around him. He had a genuine interest in people and was not affected by the trappings of rank. He practised his commitment to social justice in a quiet but firm way. Above all, Andy was a highly committed parent to his five children and he never lost sight of what truly mattered personally and professionally. His happiest times were spent with his family, cooking huge meals, telling stories and making sure the nursery run was always fun. He was a great raconteur and those closest to him will cherish long nights of story, laughter and wine. Those who knew Andy were enriched by the experience, touched by his humility, and warmed by his compassion. He has left a massive gap in many lives, and one that cannot be filled. He will be sorely missed by friends and colleagues alike.

Andy Furlong was a fine scholar, a valued colleague, and a trusted friend to many. He was a beloved husband, father brother and son. He has left a legacy professionally, and an imprint personally, on many more people than we could ever count. We mourn his passing. The thoughts of Andy’s students, academic colleagues and many friends are with his wife, Gerda Reith, their children, Harvey, Alina and Aidan, and his two older sons Tom and Jack.