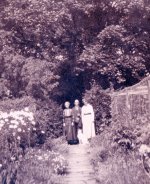 John Glaister was born in Lanark, Scotland in 1856 , the eldest son of John Glaister and Mary Weir. Leaving a law apprenticeship, Glaister studied Medicine at the University of Glasgow obtaining the Scottish triple qualifications in 1877 and the MB (Bachelor of Medicine) in 1879, opening a family practice in Townhead in 1878. In 1881, he was elected Fellow of the Royal Faculty of Physicians and Surgeons and proceeded to the MD (Doctor of Medicine) degree. In the same year he joined the medical school of the Royal Infirmary in Glasgow as a lecturer in medical jurisprudence and hygiene, and appointed police divisional surgeon (St.Rollox). In 1888, Glaister was appointed to the Chair of Public Health and Medical Jurisprudence at St Mungo's College of Medicine, Glasgow and in the following year received the DPH (Diploma in Public Health) from the University of Cambridge. In 1898 Glaister was appointed to the Regius Chair of Forensic Medicine and Public Health at the University of Glasgow, holding the position for the next 33 years and being elected emeritus in his final year.

He was the first professor of the department to act as medico-legal examiner for the Crown and for more than 30 years was the principle witness for the Crown in all the leading criminal cases in Glasgow. Glaister’s forensic work, along with the publication of his textbook, Medical Jurisprudence and Toxicology, (first published in 1902) which, continued and amended by his son Glaister, John, Junior, ran to thirteen editions.

Other achievements included the position of president of the Royal Faculty of Physicians and Surgeons between 1907 and 1909, the presidential chair of the Royal Philosophical Society Of Glasgow, and for 23 years the convener of the Medical Committee of the Royal Infirmary in Glasgow. In addition to his textbooks, Glaister published over forty papers and reports on medical jurisprudence, toxicology, sanitary science, and the history of legal medicine. Glaister and his wife Mary Scott Clarke had four daughters and two sons, one of whom succeeded him as the Regius Chair of Forensic Medicine at the University of Glasgow. Glaister and his wife died on 18th December 1932, both aged 76.

John Glaister Junior was born on 31st May 1892 and was the second son of John Glaister Senior and Mary Scott Clarke. In 1916 he graduated M.B. (Bachelor of Medicine), Ch.B. (Bachelor of Surgery) from the University of Glasgow. Immediately after graduating, Glaister Junior joined the army, serving in the Royal Army Medical Corps and saw active service in Palestine. In 1918, he married Isobel Rachel and returned to Glasgow in 1919 to enter private practice. At this time he also joined the Department of Forensic Medicine at the University of Glasgow as an assistant, working under his father, the then Regius Chair of the Department, and in 1928 was promoted to lecturer. In 1925 he obtained his doctorate in Medicine and in 1927 the degree of DSc (Doctor of Science), and in the same year was called to the bar and became a barrister. At this time, he also acted as an assessor to the West of Scotland Pensions Board, and as a lecturer on Forensic Medicine to the Police Force of the City of Glasgow (1925-1928), and as Medico-Legal Examiner and Adviser to the Corporation of Glasgow.

In 1928, Glaister replaced Sydney Smith as the Chair of Forensic Medicine in Cairo at the University of Egypt and became medico-legal advisor to the Egyptian government. He returned to Glasgow in 1931 to succeed his father in the Regius Chair at the University and held this post until 1962. As well as this, Glaister acted as an external examiner in forensic medicine at the Universities of Liverpool, Birmingham, Sheffield, Aberdeen, Edinburgh, Leeds, and St Andrews. 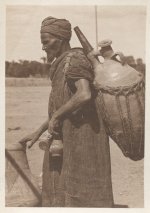 He was a fellow of both the Royal Society of Edinburgh and the Royal Faculty of Physicians and Surgeons, Glasgow. His name was well known due to the success of the textbook Medical Jurisprudence and Toxicology initiated by his father, but substantially revised into a run of thirteen editions with Dr Edgar Rentoul, a member of the department since 1947.

In 1949, the publication was awarded the Swinney Prize for the best current publication on jurisprudence. Glaister's text Medico-Legal Aspects of the Ruxton Case written with James
Couper Brash, the Professor of Anatomy at the University of Edinburgh. Other publications included Legal Medicine (1922), Recent Advances in Forensic Medicine (1939), Hairs of Mammalia (1937), Power of Poison (1954), and his autobiography, Final Diagnosis (1964). As Medico-Legal Examiner to the Crown, Glaister was primarily involved in cases in the West of Scotland, although famously had to work on cases in England- noticeably the Ruxton case with Sir Sydney Smith, and J.C. Brash from the University of Edinburgh. 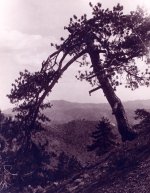 He became in constant demand by the crown authorities as a forensic pathologist, serologist, and expert on hairs and fibres. In the last ten years of his tenure at the University, Glaister became a Stirling County Councilor representing the Drymen area. He retired from the department in 1962 and died on the 3rd of October 1971, aged 79.