I’m Mehwish Rani, I’m from Pakistan and I came to Glasgow for my International Masters in Security, Intelligence and Strategic Studies.

My ambition is to reduce terrorism and violent extremism.

‌Mehwish was the first girl in her family to go to university, becoming an ambassador for girls’ education in her community in Pakistan.

“I belong to a very traditional family from a small town. We are seven sisters, one brother. Girls are not traditionally celebrated in my community, and although I was outstanding in school, when my father decided that he wanted to send me to university, some people said that he should not to send me to a bigger city.

He did send me and I did well. I was responsible and that developed confidence among my relatives that I was on the right track. Then, after university I got a job and I started to earn money for myself. I began to look after one of my younger sisters and I helped her to begin study at university too. I took care of my relatives’ health.

Essentially, I took on the role that many sons take in our society, and it helped people to see the benefit of sending girls to college or university. My relatives started to send their own daughters. They realised that empowering girls was something good. 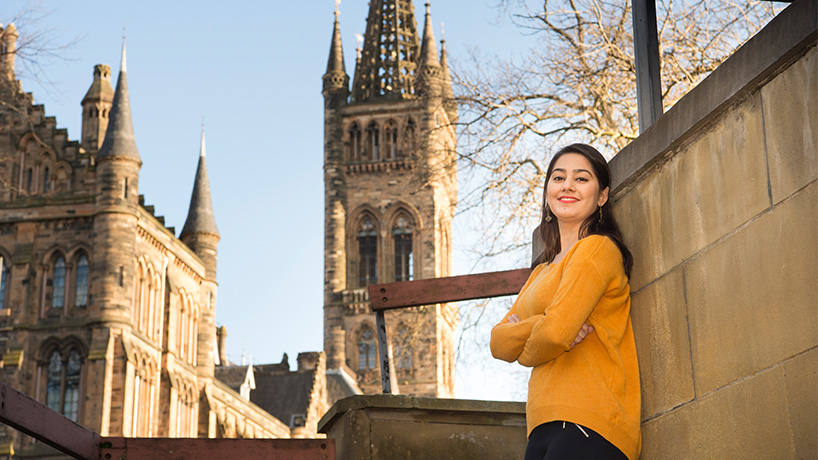 I came to Glasgow on a scholarship, which was another milestone for my community. Girls from home aspire to do what I’m doing.

I have worked as a researcher in counter-terrorism and I encountered very few women working in this field. But I wanted to do it, because I believe that terrorism and violent extremism is a huge threat to the world.

In the future I want to work as a writer, an activist and a politician. I want to write about how we can make the world a safer place for all humans. And I want to bring these issues into the discussion at parliament, to be able to influence policy that promotes tolerance and awareness between different groups of people.

I think that if you are doing anything that can have a global impact or global implications, then you are a world leader. That is something I aspire to be. I can’t change anything on my own, but I can play my role. I don’t believe in sitting and waiting for others to take action. I believe that every individual matters."

Mehwish is a University of Glasgow graduate and is part of our community of Future World Changers, who have ambitions to improve lives across the globe. Follow the stories of our current world-changing students as they work to build a better and more sustainable future by using #UofGFWC.