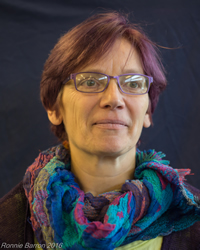 Pamela graduated from the University of Edinburgh and spent three years in mixed and subsequently small animal practice in the North of England and Scotland. She returned to the University of Edinburgh as a Temporary Lecturer in the department of pre-clinical Sciences in 1993, moving to the University of Glasgow in 1994 to complete a PhD position in the Neurobiology group, studying CDRM in the German Shepherd Dog. On completion of her PhD she moved to the Division of Pathological Sciences. She has a central role in both diagnostics and undergraduate teaching as well as collaborative research work. Pamela maintains an interest in neuropathology and is currently involved in collaborative projects investigating trypanosomiasis in a range of species. Equine sarcoids, equine wound healing and feline osteoarthritis are other current areas of interest.

Francesco graduated from the University of Milan School of Veterinary Medicine in 1997 and completed a PhD in Veterinary and Comparative Oncology with the University of Turin in 2002. He then continued at University of Milan School of Veterinary Medicine with a research fellowship (funded by the European Institute of Oncology) to pursue further pathology research support to the characterisation of mouse models of human cancer and of the age-related pathology of genetically engineered mouse lines. From 2005 to 2013 he has worked as a pathologist in a contract research organisation providing regulatory toxicology services in support of preclinical drug development. Francesco gained certification by the European College of Veterinary Pathologists in 2007. Francesco joined the University of Glasgow School of Veterinary Medicine in 2013 as a clinician in veterinary pathology. He has retained a strong interest in general veterinary diagnostic and investigative pathology. His main interests include pathology of laboratory animals (particularly rodents), pathology of tumours in canine and feline species and pathology of the lymphoid and haematopoietic system. Besides his commitment to diagnostic service and teaching, Francesco is involved in a number of collaborations with research groups at the University of Glasgow and in other academic institutions, providing pathology support to the establishment and characterisation of mouse models of human disease. 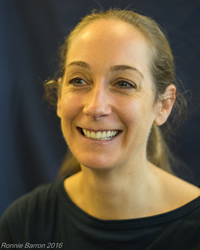 After graduating from the Ludwigs-Maximilians-University in Munich in 2003, Angie conducted doctoral research at the Institute of Veterinary Neuropathology, also in Munich, in the field of peripheral nerve regeneration in the rat. This was followed by a PhD and a Peripheral Nerve Society-Baxter Fellowship at the University of Glasgow on immune-mediated injury and recovery of the motor nerve terminal in the mouse model of Guillain-Barré syndrome. After completing a residency in Veterinary Anatomical Pathology at the University of Cambridge and obtaining FRCPath in 2016, Angie re-joined the University of Glasgow as a Clinician in Veterinary Pathology and became a Diplomate of the European College of Veterinary Pathologists in 2018. Whilst Angie enjoys all aspects of pathology, her special interest lies in the nervous system. She is currently investigating the seroprevalence of anti-glycolipid antibodies in dogs and cats suffering from peripheral nerve and cranial nerve neuropathies of unknown aetiology with a special focus on the use of anti-ganglioside antibodies in supporting the diagnosis of acute canine polyradiculoneuritis.