My research seeks to offer a critical analysis of the history and development of the whisky industry in Scotland. The making and economic activity of whisky is both fiercely traditional and reliant on innovation. I hope to build an understanding of how globalisation has affected the business of whisky in contrast to the decline of other industries in Scotland. Defining the context that has contributed to success in the industry could outline the strategies needed in a changing social and political climate impacted by Brexit and Scottish Independence.

I moved to Glasgow in September 2019 from Nashville, Tennessee, where I have been working as an adjunct instructor at Austin Peay State University. I also worked on a paper conservation project at the Tennessee State Library and Archives to stabilise and repair 18th-century Land Grant records that document land transactions paid to North Carolina Revolutionary War veterans.

I completed my MLitt at the University of Glasgow in 2017 where I studied how social networks and access to training allowed professional advancement from a craft trade to fine art portraiture. Part of the project looked to the impact the commercialisation and trade of artist’s materials had in the practice of painting evidenced by the material study of a painting.

During my Undergraduate career I was the recipient of a Presidential Research Scholar Grant which funded the study of English Medieval Embroidery, known as Opus Anglicanum. The study focused on the archival records mentioning embroiderers that included both men and women and looked to the material objects to determine the complexities of production.

All my research is fundamentally connected by an interest in how people make things and the factors that impact creation and consumption. 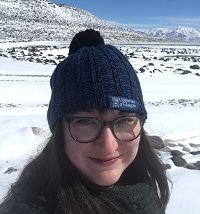