The Rise, Death and Resurrection of The Geddes Circle: Scotland’s Sociological Heritage

Earlier this year I found myself wandering around an exhibition at the National Library of Scotland about things invented in Scotland. As I came to the letter S I noticed out of the corner of my eye an entry saying ‘sociology’. Perhaps unsurprisingly the description that followed made much of the role of the Scottish Enlightenment, most notably the work of Ferguson on civil society. In many ways this was old hat, sociology as a discipline has already acknowledged its debt to these thinkers (see Swingewood 1970). However, the text hinted at something else, that in the last decade of the 19th and first decade of the 20th Century sociology was alive and well in Scotland. Most notable here was Patrick Geddes and his collaborators.

Geddes was born in 1854 in Ballater, Aberdeenshire, he grew up in Perth before leaving for university in London. He never finished his planned degree in botany but did have the opportunity to visit Brittany where he encountered the ideas of LePlay and Comte which would lead him towards sociology. Geddes would eventually make his way back to Edinburgh where, upon discovering he was effectively unemployable in academia at the time, his friend Martin White (a jute manufacturer and one-time Liberal MP) funded a chair in botany at Dundee University with the express condition that Geddes be allowed to base himself in Edinburgh.

Geddes’ vision of sociology was fundamentally environmental; based upon a conception of the intimate link between ‘place > work > folk’ he saw the streets of Edinburgh as an opportunity to show how what he called ‘sociology as applied Civics’ could be used to engage in forms of local social reconstruction to improve the life of the city. You can today take the Patrick Geddes Heritage Trail which shows the work that Geddes did along the Royal Mile to improve what were recognised at the time as ‘slum’ like conditions. Among the sites to be seen is the Outlook Tower, now the Camera Obscura, which Geddes purchased and made into ‘the World’s first Sociological Laboratory’ (Zueblin 1899), a base from which he could host summer schools and students could convene to discuss their sociological works. 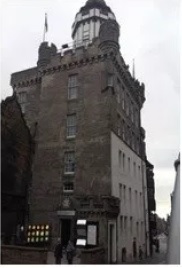 Geddes also redesigned some of the wynds off the Royal Mile, including Dunbar Close where he placed a public garden away from the industry of emerging Edinburgh and White Horse Close (now opposite the Scottish Parliament) which Geddes conceived of as working class housing to ensure social mixture along the Mile. 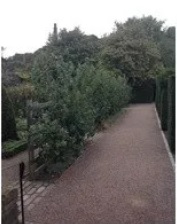 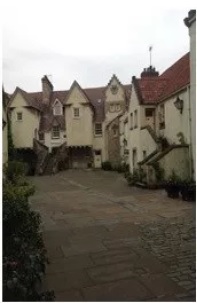 Despite these successes Geddes, and his supporters, hoped for an institutionalised position for him in sociology. Such an opportunity seemed to present itself when his benefactor Martin White agreed to fund a professorship in sociology, the first in the UK, at the LSE. While Geddes was considered the favourite in many circles the job ended up going to L.T. Hobhouse, partly it seems because Geddes fluffed the lecture required for the post, but also due to differing conceptions of what sociology should be. Hobhouse, his followers (most notably Morris Ginsberg) and those running LSE conceived of the subject as concerned with evolution and politically liberal, aimed towards the state and the Liberal Party, rather than towards the environment and local forms of social reconstruction favoured by Geddes. Indeed, they rebuked all attempts to promote the ideas of an environmental sociology as civics.

Following this setback Geddes largely retreated from British Sociology, before eventually leaving the country for good, for India then later France, in 1920. With the locus of sociological attention now on London sociology in Scotland would not have a home until the 1960s with the expansion of University education; in the interim Scottish sociologists were forced to look elsewhere. The most prominent example was Robert Morrison MacIver. Born in Stornaway on the Isle of Lewis, MacIver arrived in Aberdeen in 1907 as a lecturer in political science but successfully petitioned the university to add sociology to his title in 1911, making him the first lecturer in Scotland to be recognised for teaching the subject. However, struggling in his efforts to institutionalise sociology in the country, MacIver left for Toronto in 1915 followed by spells at Columbia and the New School for Social Research. Along the way he published perhaps the first sociology textbook, Society, in 1931 (see Brewer 2007 for more on MacIver).

Despite his long-term exclusion from sociology Geddes and his circle have recently begun to attract more attention. Scholars such as Alex Law (2005), Maggie Studholme (2007) and most prominently John Scott and Ray Bromley in their recent magnificent book Envisioning Sociology (2013) have begun to reassess Geddes’ place in the discipline. Why this recent revival? Certainly, as Studholme argues, it has much to do with Geddes environmental concerns. It is hard to argue someone who claimed that industrial societies used up the environment without reference to long term interests and who literally coined the phrase ‘think local, act global’ has nothing to tell us about the current day. However, I would suggest it is also due to something else, Geddes gave us clear ideas of why we may want to do sociology. We would now use words like ‘applied’ or ‘public’ to describe it, but perhaps its best to turn to Geddes himself for his claim of how sociology should not be restricted to the university but rather take place out there, on the streets of cities:

‘This department of sociological studies should evidently be, as far as possible, concrete in treatment. If it is to appeal to practical men [sic] and civic workers, it is important that the methods advocated for the systematic study of cities, and as underlying fruitful action, be not merely the product of study, but rather be those which may be acquired in course of local observation and practical effort’ (Geddes 1905:103)

Brewer, J. (2007) ‘“We Must Protest that Our Inheritance is Within Us”: Robert Morrison MacIver as Sociologist and Scotsman’ Journal of Scottish Thought, 1:1, 1-24

* * *
Matt Dawson is a lecturer in sociology at the University of Glasgow with research interests in social theory, normativity, political sociology and asexuality. He’s currently writing a book outlining visions of alternative societies offered by sociologists throughout the discipline’s history. He thinks Patrick Geddes wins the battle for best beard in sociological history hands down.