Child Health in Scotland: A History of Glasgow’s Royal Hospital for Sick Children

This project provided a social history of Glasgow’s Royal Hospital for Sick Children.

It examined the debates that lasted two decades from initial proposal to eventual opening of the first hospital in 1882 in a converted townhouse in Garnethill. It looked at the roles of nurses as well as clinicians, and narrated the experiences of children entrusted to the hospital’s care. Phases of the history include the hospital during two World Wars, including WW1 occupation of wards by injured army officers. It investigated the evacuation of the hospital in 1965 when it was found to have serious structural faults, the opening of a new hospital five years later, and the controversial plans to close that hospital scheduled for 2015.

Other themes included are convalescence in the country, and the role of philanthropy both before, and after, creation of the NHS. 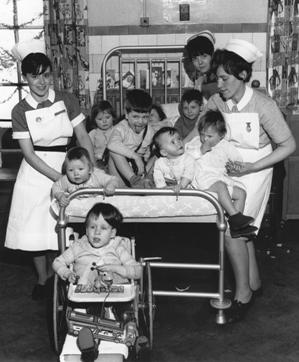 The Royal Hospital for Sick Children opened in Garnethill in December 1882. It moved to Yorkhill in 1914.