I first obtained a degree in Biochemistry at Free University Berlin (Germany) and subsequently did a MSc in Cognitive Neuroscience at Imperial College London. In my PhD at the Institute of Cognitive Neuroscience at University College London, I studied the attentional requirements of visual enumeration using psychophysics, fMRI and TMS. I showed that the fast apprehension of small numerosities (a process termed "subitizing") requires visual attention and does not occur "pre-attentively" as previously thought.


Now I am working on how the brain predicts visual information and, in particular, how predictive coding is implemented in the visual system. One research stream focuses on the paradigm of so-called "apparent motion", useful for investigating predictive signaling between early visual area V1 and motion area V5. I use TMS to study how and when these areas are necessary for making a prediction. By combining the apparent motion paradigm with eye movements, I study how predictive signals are transferred across hemispheres, using both psychophysics and fMRI.


Another stream of research focuses on the question of whether early visual cortex might be involved in more complex tasks than just simple feature detection. I use fMRI in combination with multi-variate pattern analysis to study how information from other sensory modalities and higher cognitive processes may impact on the neural activity pattern of early visual cortex. 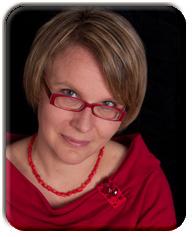