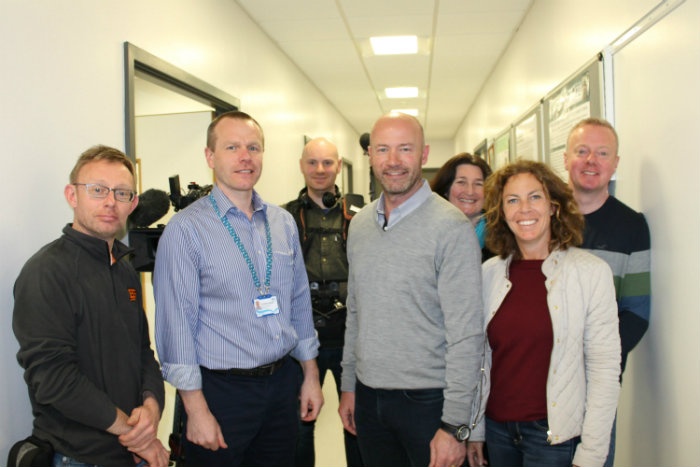 The former England, Newcastle and Blackburn striker —a prolific header of the ball in his playing days—  interviewed Dr Willie Stewart of the Institute of Neuroscience and Psychology in a bid to find out if footballers are more at risk from suffering dementia in later life.

The programme features footballers and their families affected by dementia, with Shearer undergoing a variety of cutting-edge medical tests to assess the condition of his own body and brain.

Following a tour of the lab, he and Dr Stewart discussed topics covering chronic traumatic encephalopathy (CTE) and concussion, to the research priorities in sports traumatic brain injury (TBI) and outcomes for players.

The programme will also consider scientific evidence which claims that there is in fact no link between dementia and brain damage caused by heading the ball.

The documentary ‘Dementia: Football’s Silent Shame?’ will be shown on BBC One later this year.