The University of Glasgow has officially opened its new £32M Imaging Centre of Excellence (ICE), which is home to Scotland’s first 7 Tesla (7T) MRI scanner.

The scientific symposium showcased recent developments in 7T MRI across a number of clinical and non-clinical applications and was scheduled to dovetail with the MVLS Industry Day/Opening Ceremony taking place the following day. 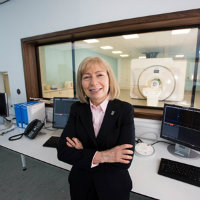 “The ICE isn’t about ivory tower research, it is about bringing world-leading clinical academics together with industry to collaborate and to create something that not only positively benefits patients, but also brings a meaningful economic benefit as well.”