The 7T will offer researchers the opportunity to learn more about a host of health conditions, initially focusing on brain imaging to look at conditions such as small blood vessel disease of the brain, stroke, vascular dementia, brain tumours, Parkinson’s, Alzheimer’s Disease, epilepsy and multiple sclerosis. 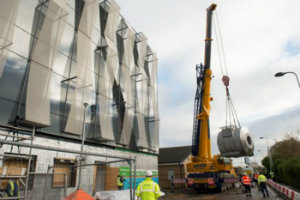 “In some conditions, looking at very small parts of the brain with the 7T scanner might make a big difference. In areas such as Alzheimer’s and some types of stroke, the areas of interest are very small – even microscopic – parts of the brain that we can’t see with the scanner technology that is currently available.‌