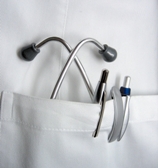 Although the University of Glasgow was founded as far back as 1451 by Pope Nicholas V, the study of medicine in this institution was not considered until nearly 200 years later in 1637 when Robert Mayne MA was appointed Professor of Medicine, a post which he held until 1646

After a lapse, the chair was revived and John Johnstoun MD was appointed in 1714. However, in reality the modern medical school only came into being when William Cullen was appointed Professor of Medicine in 1751.

In the early days of the University of Glasgow, like other universities of that time only undergraduate degrees in Arts were available. The Master of Arts was awarded after five years of study in the subjects of Latin, Greek, Logic, Moral Philosophy, Natural Philosophy (Physics) and / or Mathematics.1 University meetings and lectures were held in Blackfriars, the church of the medieval Dominican Priory close to the site of Glasgow Cathedral at High Street.2

Before the foundation of the University, the clergy were the only learned class and were assisted in medical care by the barbers, their trusted servants. In 1215 when the clergy were debarred from shedding blood, their barbers undertook their surgical procedures.3

The Royal College of Physicians and Surgeons

A Charter granted by James VI in 1599 to 'Maister' Peter Lowe and Mr Robert Hamilton (see images below of the surgeon and physician) instituted the Faculty of Physicians and Surgeons, now known as the Royal College of Physicians and Surgeons. This ordained them to examine the medical practitioners in the West of Scotland and to prohibit those of whom they didn't approve from practising in their area; to supervise with the assistance of William Strang, the sale of drugs; to act as medico - legal advisers to the town; and on one day in each month. 'to visite and give counsell to pure disaisit folk, gratis.' 6


They therefore held powers to regulate the practice of medicine, surgery and pharmacy in the West of Scotland. It was their duty to examine and license surgeons but physicians were called upon to produce the diploma from their university.7 The barbers, although recognised subordinate members of the medical craft were admitted later in 1602 with definite restrictions regarding their duties and privileges. However, their connections were severed in 1722.8  During this time plague was a frequent, severe and destructive disease to the inhabitants of Glasgow and a serious epidemic visited from 1645 – 1648.9

The Faculty of Physicians and Surgeons made the first attempt to instruct prospective medical practitioners. At the beginning of the seventeenth century medical education depended on apprenticeship. Apprentices had to serve for seven years and to pass examinations at the end of their third, fifth and seventh years. The apprentice had to pay five pounds for entry money and also host a good dinner for his examiners at the end of third year. His examinations were partly written and partly practical and at the end of his term if he passed, he was to pay 10 pounds. If he intended to practise in Glasgow he had to be enrolled as a burgess of the town and pay a quarterly fee to the Faculty.10  Peter Lowe was thought to have been a master surgeon in Paris. His 'Chyrurgerie', first published in 1597 was used considerably by Scottish Practitioners.11

Robert Mayne (1604-46) was appointed Professor of Medicine by the Crown in 163712 and instructed to 'teache ane publict lecture of medicine in the same Colledge once or twyse ewerie weik, except in the ordinar tyme of vacance.' 13 He apparently lectured on a Friday and on other convenient occasions. He had been a Regent in Arts in 1635 and joined the Faculty of Physicians and Surgeons in 1645. The General Assembly in 1642 abolished the Chair but allowed Mayne to hold the Chair until he died in 1646 when the chair lapsed.14