Prior to joining the Work on Demand project at Glasgow University, Eleanor was the Ailsa McKay Post-Doctoral Fellow at Glasgow Caledonian University. Her recent work has focused on employment tribunals, precarious work and contesting ‘bogus’ self-employment. In her doctoral study, at the University of Strathclyde, Eleanor examined grievance formulation processes and expressions in comparative workplace settings, exploring the changing nature of conflict at work, worker organisation and the extent of the juridification of employment relations.

Eleanor has published her work in top-rated journal such as: Work, Employment and Society; Economic and Industrial Democracy; and Capital and Class, as well as in chapters in an edited book published by Policy Press. She has previously worked on several large-scale research projects funded by the European Research Council, the Nuffield Foundation and The Carnegie Trust, as well as holding teaching appointments at the Universities of Strathclyde, Bristol, Stirling, Queen Margaret and Ulster University.

Kirk, E. (2017) “Performance management and the frontier of control in the workplace: exploring the interrelations of the nature of work, technology and worker organisation.” BUIRA, De Montfort University. June. 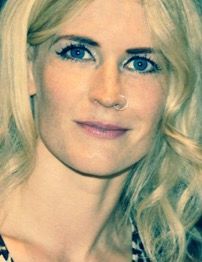