I am a Professor of philosophy and in medical ethics at the Norwegian University of Science and Technology, Trondheim, Norway.

I was previously a researcher with the Norwegian Cancer Society, conducting interviews with terminally ill cancer patients at a palliative medicine unit about their attitudes towards, and wishes for, euthanasia and physician-assisted suicide.

I am a former member of the Norwegian Government's National Committee for Medical and Health Research Ethics (NEM).

I was previously a Visiting Research Fellow at International Observatory on End of Life Care (IOELC), Lancaster University

A full list, as well as links to many of them, may be found under Publications on my personal website. 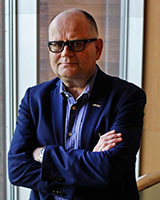