MAP related activities at Glasgow include speaker events, seminars, reading and discussion groups, and contribution of philosophy-specific demographics to the MAP network. 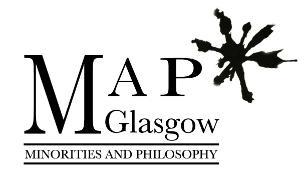 Minorities and Philosophy (MAP) is a network of graduate students, in English-speaking philosophy departments, committed to examining and addressing issues of minority participation and underrepresentation in academic philosophy. Though primarily led by graduate students, MAP also relies on faculty support and encourages undergraduate participation.

The newly formed MAP chapter at Glasgow University aims to:

If you would like to discuss any of the issues mentioned here or would like more information about MAP at Glasgow, please contact Berta Grimau, Daniel Abrahams, Nathan Kirkwood or Rashida Ahmad at glasgowmap@gmail.com

MAP related activities at Glasgow include speaker events, seminars, reading and discussion groups, and contribution of philosophy-specific demographics to the MAP network.

Us and Them: Violence, Discrimination, and Minorities

The Minorities and Philosophy chapter of the University of Glasgow is pleased to announce its annual workshop. This year, we will focus on violence and discrimination as experienced by minorities.

Members of minorities, here broadly understood, are subjected to systematic forms of violence at the personal as well as institutional level. Recently unveiled cases of sexual abuses against women and members of the LGBTQ+ community in diverse contexts, the rise of hate speech from nationalist movements, and the increasing popularity of publicly discriminatory politicians in western democracies are only some of many instances that make analysing the issues urgent and necessary.

It appears that violence against minorities, whatever form it takes, has a discriminatory role: it aims to preserve a difference between “us” and “them”—namely, between targeted minorities and those who do not belong to them. Such a discriminatory role is meant to affirm and reiterate power structures that are in place with the purpose of differentiating between the violence perpetrators and those who are targeted.

Violence comes in a variety of forms and magnitudes, which include bodily harms, psychological abuse, derogatory language, ethnic cleansing, and countless more. Discrimination against minorities offers a ground for violence against its members. Therefore, it seems that there is a mutual relation between violence and discrimination against minorities. Such a relation has significant implications at both the personal as well as collective level for the targeted individuals. Yet these implications are largely unexplored.

An exploration of (i) requires us to consider various implications—moral, epistemic, epistemic, political, and others—of violence and discrimination at both the individual and collective level. In order to investigate (ii), we seek to discuss shortcomings, opportunities, and strategies to tackle violence and discrimination within academic philosophy.

We believe that an effective approach on (i) and (ii) must be informed by views from the philosophy of disability, of race, of gender, and other related fields that focus primarily on discrimination and minorities. Below you can find some of the questions that we wish to discuss:

To analyse the challenges that violence and discrimination pose to academic philosophy, we aim to discuss questions such as:

The goal of the workshop is to bring together experts to investigate the moral, epistemic, political, and other implications of the above issues. Our aim is to provide a diverse, collaborative, and inclusive environment to foster dialogue and exchange of ideas about violence and discrimination as experienced by minorities. 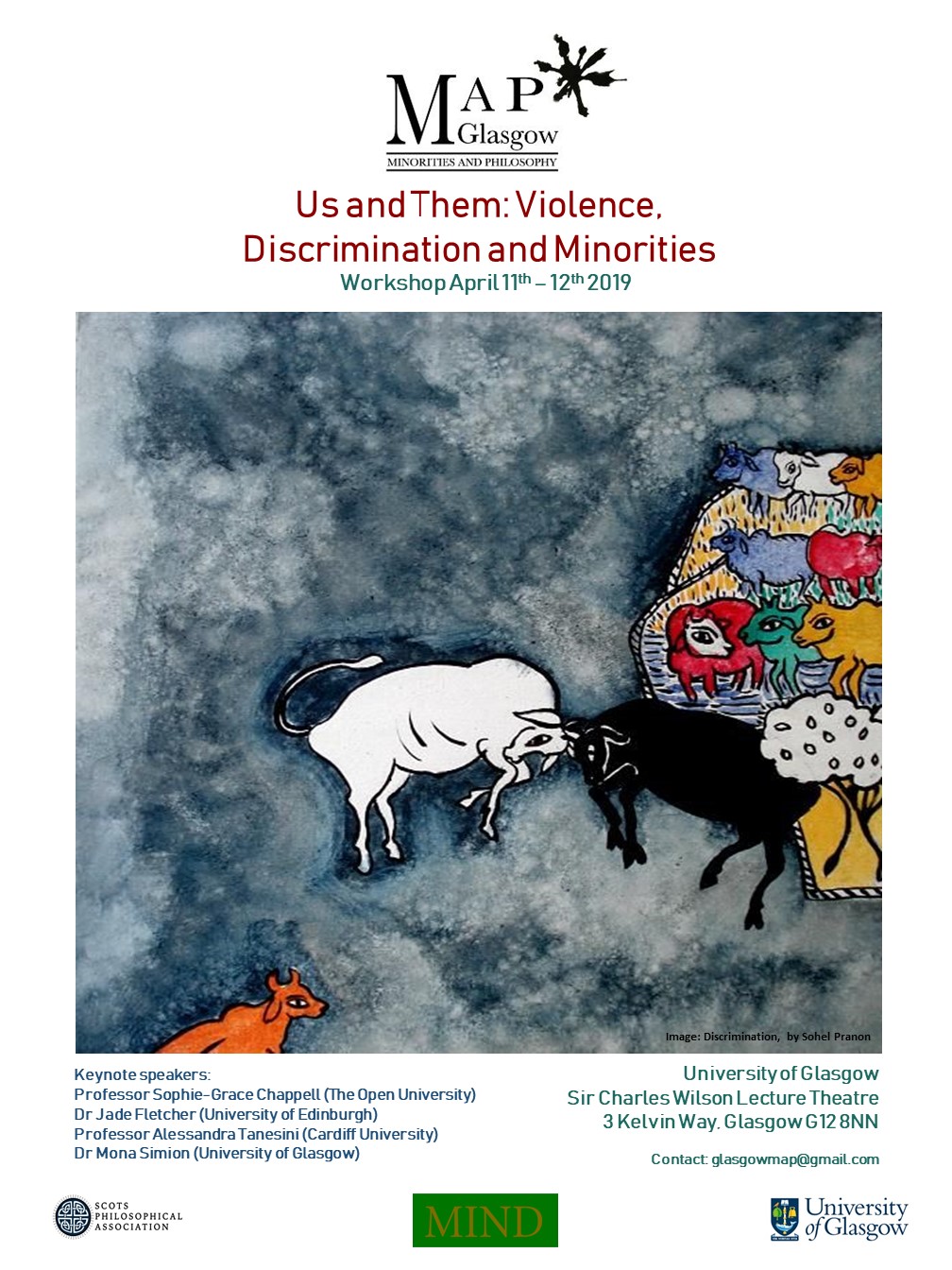 Women in Philosophy in the UK - BPA/SWIP Report 2011

Race for Equality: A report on the experiences of Black students in further and higher education

Scottish Funding Council - Measures of Success: Learning for All 2014 Report

University of Glasgow Equality and Diversity Information for Students

Society for Women In Philosophy UK

What Is It Like To Be A Woman In Philosophy?

What Is It Like To Be A Foreigner In Academia?

The University of Glasgow is committed to promoting equality in all its activities and aims to provide a work, learning, research and teaching environment free from discrimination and unfair treatment.