[What Would Happen if the President of the U.S.A. Went Stark-Raving Mad?’ This eye-catching premise on the cover of Fletcher Knebel’s very recently reissued 1965 novel Night Of Camp David reflects topical interest in the methods available to remove an American President from office. Its reissue is a potent reminder of the importance of fictional representations in educating the non-expert public.

Much debated, but to date little used, the Twenty-fifth Amendment has however, been a useful plot device in certain genres of fiction, going beyond mere entertainment to being informed by, and in turn informing, political debate that conflates the well-being of the Head of State with that of the nation.

My provisional central question is ‘how does the use of the Twenty-fifth Amendment as a plot device in popular fiction alert readers to means of handling presidential inability’.  If we view the American system of government and the institutions that deliver it as ‘the American Experiment’, then fiction is one means through which the ‘what if’ scenarios can be explored safely, without unintended consequences or political capital being exhausted, and allowing public respect and confidence in the Constitution, and its Twenty-fifth Amendment to be replenished. 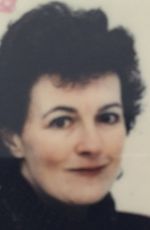