Research title: The Accomplishments of Their Ancestors: Memory and Crusading in England, France, and Burgundy in the Fifteenth Century

My PhD research reassesses the long-held orthodoxy that by the Hundred Years War crusading was a distant aspiration, to which lip-service was paid, or was used merely for the purposes of diplomacy or fund-raising.

It concentrates on the cultural mechanisms behind the formation and perpetuation of ideals of crusading amongst the late medieval aristocracy, and it asks how deeply ingrained crusader stereotypes had become in fifteenth-century ideas of chivalric rulership. Nicholas Paul (2012) has convincingly shown that by the mid-thirteenth century crusading legacies had become increasingly significant markers of identity for a medieval aristocracy deeply concerned with lineage and hereditary privilege, and for whom ancestral feats of arms, especially against the infidel, were crucial to their own perceptions of chivalry and family kudos. Taking inspiration from Paul’s recent study of crusader legacies in twelfth and thirteenth-century aristocratic families, this project employs the concept of ‘cultural memory’ to examine how knightly families refined themselves through reference to their own pasts. Thus, the project’s findings will influence not only our understanding of the processes of memory and identity-creation in the later Middle Ages, but also how we assess the influence of concepts associated with chivalry and crusading in pre-and early-modern European society. 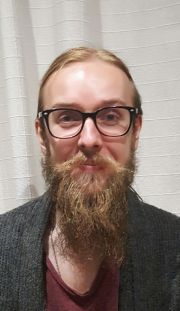