My thesis explores the interaction between canon law and royal, secular law in England between c.1120 and c.1221. Using the framework of papal representatives in England during the twelfth century, primarily papal legates and papal judges-delegate, my thesis seeks to address what their presence can inform us about the reception of papal authority and canon law in England. A new understanding of church-state relations leads onto another dimension in my thesis, using the practiced experience of canon law by papal representatives in England to assess the interaction it had English common law. 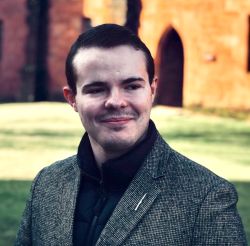