This symposium is supported financially by the British Academy

The Legacy of the Roman Republican Senate

Republican Rome has been a powerful and contested constitutional model in the western political tradition. But the Senate is a relatively neglected element in the model. This symposium, supported financially by the British Academy, will explore the roles that the Senate has played in the development of politics, political culture and constitutional theory since the end of the Roman Republic.
The organiser is Catherine Steel.

Attendance is free but registration is required by 29 August 2012 - to register, please click here. 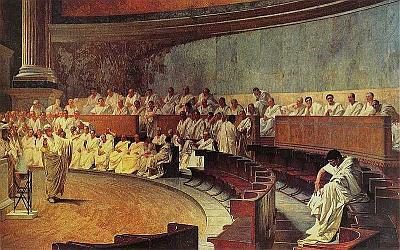 This symposium is supported financially by the British Academy