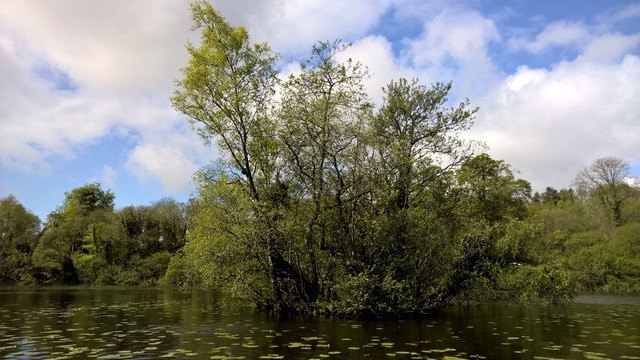 A team lead by Prof Tony Brown, of the University of Southampton and colleagues, including University of Glasgow archaeologist Dr Nicki Whitehouse, have just published a new paper in Nature Scientific Reports around the use of ancient DNA, lipid biomarkers and environmental records to reconstruct the archaeological record using lake sediments adjacent to an archaeological site.

Usually, direct evidence of ancient human occupation is typically established through archaeological excavation. However, excavations are costly and destructive, and practically impossible in some lake and wetland environments. An alternative approach is presented, providing direct evidence from lake sediments using DNA metabarcoding, steroid lipid biomarkers (bile acids) and from traditional environmental analyses. Applied to an early Medieval Celtic settlement in Ireland (a crannog) this approach provides a site chronology and direct evidence of human occupation, crops, animal farming and on-site slaughtering. This is the first independently-dated, continuous molecular archive of human activity from an archeological site, demonstrating a link between animal husbandry, food resources, island use. These sites are under threat but are impossible to preserve in-situ so this approach can be used, with or without excavation, to produce a robust and full site chronology and provide direct evidence of occupation, the use of plants and animals, and activities such as butchery.

The research was funded by the Arts and Humanities Research Council of the UK with additional logistic support from the Department of Communities, Northern Ireland and the landowner Lord Belmore.