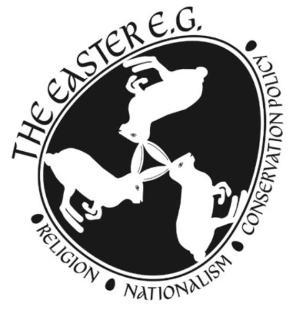 Easter is the most important event in the Christian calendar. Despite its global reach and cultural significance, Easter has attracted minimal academic attention since the 1970s. Astonishingly little is known about the festival’s genesis, when it first appeared in Britain, the origins of its component customs – e.g. the gifting of eggs purportedly delivered by the Easter ‘bunny’ – or how they coalesced to form current practices. Equally obscure are the timing and circumstance by which animals that have come to be associated with the festival – notably the brown hare and the rabbit but also the chicken – arrived in Britain. As a result, Easter is a high-profile natural and cultural history puzzle.

This talk, timed to coincide with the festival, will bring together the results of an AHRC-funded project on the subject. Evidence from (zoo)archaeology, linguistics, (art) history and evolutionary biology, will be integrated to informs on patterns of human diasporas (both physical and ideological) and processes of religious syncretism in ancient, early modern and present-day societies. In addition, it will refine the natural history of the brown hare, rabbit and chicken, charting their impact on ancient biodiversity. Finally, and perhaps most importantly, the talk will use Easter as a lens for examining and highlighting shifting baseline syndrome.

”Shifting baseline” refers to the phenomenon whereby people consider the socioenvironmental circumstances of their childhood to be natural and morally absolute. In the absence of deeper historical and archaeological understanding, these nostalgic ideals are adopted blindly (and often erroneously) as the foundation for decision-making both at a personal level and more broadly in science and policy. Nowhere is this better exemplified than in discussions about ‘native’ versus ‘alien’ status, be it in relation to animals, people, or religious ideologies.

While Easter and its animals are all ‘alien’ to Britain, they are viewed positively because they arrived in the long-forgotten past. Easter is therefore an excellent example to highlight the impact of shifting baselines and challenge negative attitudes to cultural and biological aliens.