The History of ECG Development in Glasgow and United Kingdom

Augustus Desiré Waller (1856-1922) was the first person to record an ECG of the human heart in St Mary’s Hospital London in May 1887. Ventricular depolarisation and repolarisation was ‌demonstrated using the Lippmann capillary electrometer.

He had been a medical student in Aberdeen and Edinburgh and was made professor in Aberdeen in 1881. He made further observations on‌ ECGs on his dog Jimmie. 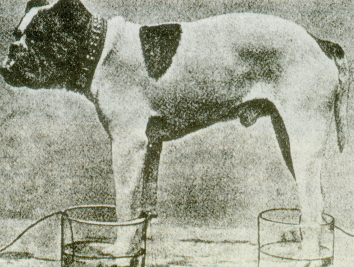 Around the same time, in Aberdeen, John A. MacWilliam, Professor of the Institute of Medicine, introduced the term atrial flutter and the concept of ventricular fibrillation.

James Mackenzie, a Scottish Physician, published his own work in 1902 on the study of the pulse. He used a home made polygraph to record the action of all four chambers of the heart. His contribution to ECG development was acknowledged by Karel Frederik Wenckebach, the much honoured Dutch Physician who researched cardiac irregularities.

Thomas Lewis, one of Mackenzie’s junior staff members went on to publish ‘The Mechanism and Graphic Registration of the Human Heart’. In its third edition, it summarized early work on cardiac arrhythmias based on the use of Einthoven’s three limb leads.

The first version of the Einthoven electrocardiograph was produced in 1908 by the Cambridge Instrument Company. It recorded three leads I, II and III and used pails of conducting solution as electrodes.

In 1931, a fourth lead was introduced. Wood and his colleagues recorded a bipolar chest lead on a patient with chest pain. This became known as Lead IV.

Use of bipolar leads increased and in various combinations.  Meanwhile Frank Wilson (who had been stationed in a rehabilitation centre in England during World War I under Lewis) and colleagues were experimenting with unipolar leads, which record potential variations produced by the heart beat at a single point on the body. These are now known as the V leads.

In 1920, Hubert Mann of the Cardiographic Laboratory, Mount Sinai Hospital, described the derivation of a 'monocardiogram' later to be called 'vectorcardiogram'. Waller had also been interested in the concept of the vector force.

The vectorcardiogram displays the QRS, P and T complexes, in the form of "loops" which are determined from vectors representing successive instantaneous mean electric forces from the heart throughout an entire cardiac cycle. The electric forces from the heart during each heartbeat are oriented three-dimensionally and can be represented by a time sequence of vectors which display the magnitude and direction of these mean electric forces. The most popular lead system, a ‘corrected orthogonal lead system’, was developed by Ernest Frank in 1956.

The use of computers for ECG interpretation was first evaluated in the late 1950s using the orthogonal lead ECG and 12 lead ECG.

Professor Peter W Macfarlane began work in Glasgow on Computer Assisted Reporting of Electrocardiograms (C.A.R.E) in 1964 as a student with Professor T.D. Veitch Lawrie in the Department of Medical Cardiology who had anticipated the role of computers in ECG analysis.

Early work determined that the conventional 12-lead ECG and the 3-orthogonal lead ECG would be used for computer interpretation of ECGs. Diagnostic criteria were also developed for both lead systems. Additional vectorcardiographic measurements were made and incorporated into the diagnostic criteria. 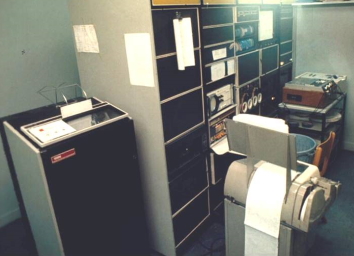 To record and analyse the ECGs, a standard 3 channel VCG system was combined with 3 single-channel electrocardiographic amplifiers and a multi-channel analogue tape recorder linked to a small PDP8 digital converter, allowing ECGs to be replayed from the tape recorder to the computer. An ECG database was accumulated in analogue form then converted to digital.

In the early 1970s, portable units were assembled which could be transported to wards and clinics easily on a trolley. The modified axial lead system was used for analysis and the 12 lead ECG could be recorded and displayed for the clinician. The first routine hospital based mini-computer system for ECG analysis was developed and introduced in Glasgow Royal Infirmary.

In the mid 70s, a hybrid lead system was designed that combined the 12 - lead and the 3-orthogonal lead ECG with the use of 2 additional electrodes (V5R and the neck). A major technological advance was the advent of the microprocessor and the arrival of automated ECG analysis at the bedside.

Analogue to digital conversion was undertaken within the electrocardiograph at 500 samples per second. The program was rewritten in Fortran and moved to a PDP11 series computer. New diagnostic criteria evolved for the 12 lead ECG including rhythm analysis and serial comparison.

By 1981 the software became known as ‘The Glasgow Program’ and commercial development began with links between the University of Glasgow and Siemens Elema in Stockholm. Siemens Elema developed a more compact electrocardiograph which allowed ECGs to be recorded on small digital cassettes in clinics and around the hospital and analysed on a central computer system.  ECGs could also be recorded in more remote locations such as Taiwan and data was collected on Chinese individuals and sent to Glasgow for analysis. It could also be used in neonatal units, post - natal clinics, day nurseries and schools and a good paediatric database of 1,750 ECGs was accumulated.

By the mid 1980s, networking was installed within the Royal Infirmary to allow ECGs to be transmitted from areas around the hospital to a central computing laboratory using digital techniques.

Simens Elema then developed a microprocessor based electrocardiograph incorporating the Glasgow Program which could store up to 80 ECGs which could then be transmitted in digital form to a central computer opening up the means to further develop the technique.

From 1985 to 1998, progress continued with the children’s database of ECGs. Continuous limits of normality were established and incorporated into the software and released as a commercial product in Europe. FDA approval was gained in 1996 by Burdick Inc and the product was marketed in the United States.

From 1988 to 1995, the Glasgow software was involved in the electrocardiography of the West of Scotland Coronary Prevention Study. Continuous limits of normality were extended to adults using the 1300 normals. The Chinese data was analysed to allow race criteria for Orientals to be incorporated into the program. Software to produce   Minnesota codes was also developed which is now on the verge of being available to others.

Development continued, a new approach in the use of neural networks was evaluated over a period of years and incorporated into the program in the diagnosis of myocardial infarction. In addition, new techniques were introduced to improve repeatability in automated ECG interpretation. Additional population studies have been carried out in Nigeria. It is estimated that over 20 million ECGs per annum are currently reported world wide using the University of Glasgow ECG interpretation program. The Glasgow Program continues to be developed and used in many major epidemiological studies.