Victor Hawthorne and the Origins of Midspan

Victor Hawthorne and the Origins of Midspan


Victor M Hawthorne might have reached an age when many others have slowed down, but he continues to journey the world from his home in the United States promoting epidemiological studies. The Emeritus Professor is acknowledged as the initiator of the ground-breaking Renfrew/Paisley cohort or MIDSPAN Family Study on risk factors for cardiovascular disease and cancer that was conducted over two decades ago. More recently the Department of General Practice at Glasgow has followed up the earlier study by surveying 2338 adult offspring from 1477 families in which both parents took part in MIDSPAN.

It is hoped that a better understanding of MIDSPAN can be achieved by examining the historical context in which the earlier study was designed and conducted. Our starting point has been to conduct a series of interviews with Professor Hawthorne, beginning with his life history before going on to collect more specific information about the origins of MIDSPAN.

Victor Hawthorne was one of the many ex-servicemen and women, 'in old tattered duffel coats', who entered medicine immediately after the Second World War. He was 26 years old when he arrived at Glasgow and recalls parts of the city reminding him of the deprivation he had observed while serving as an officer in the Royal Artillery in India. In his oral history he explains why he studied medicine, entered general practice and then left for a public health appointment.

"I wouldn't want to cite myself as a great humanitarian or anything else... and my choice of general practice wouldn't be that. I was more concerned with doing things with people rather than walking around in a white coat in a ward. I really liked to be at face to face contact with patients. So in that sense it was a retrograde step going into public health, but the need was there and I was glad to do it. I enjoyed it."

In the 1950s he was working with the mass radiography service tackling the remaining and persistent pockets of tuberculosis in Scotland. Victor describes his involvement with the service, which he would eventually head, 'as the keystone of my career'. 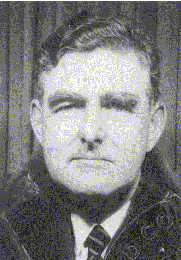 By the late 1950s the service had began to identify those populations who were at a higher risk from tuberculosis and 'progressively' the service became 'more economic in the deployment of mass radiography resources'. The success of the campaign was by the 1960s encouraging Victor and his colleagues to extend their gaze beyond tuberculosis to a wider range of chronic diseases.

It was in a small study on the island of Tiree that Victor and his team developed the methodology that would be subsequently used in MIDSPAN.

"I wanted to see a whole population. There was a healthy worker phenomenon, which means that if you characterize a working population you don't get the extremes of blood pressure or cholesterol or respiratory function. So you need the general public and so that was my first experiment, could I do the general population? And it really was a great adventure..."

In 1972/3 the same team, many of whom had also worked on the earlier tuberculosis campaigns, applied the methods developed on Tiree, including community involvement, in the town of Renfrew. Around 3,000 men and women completed a standard questionnaire, which included symptoms of cardiovascular and respiratory disease, before attending a temporary examination center. Between 1974 and 1976 the study was extended to include a larger population in Paisley with 12,500 men and women participating, again following questionnaires with the collection of physical data, including weight, height, the results of respiratory function tests, ECG readings, blood pressure, and tests for tuberculosis.

After the Paisley-Renfrew study Victor Hawthorne headed up the Department of Epidemiology at the University of Michigan School of Public Health. He retired in 1991 to continue his work as an international epidemiologist.