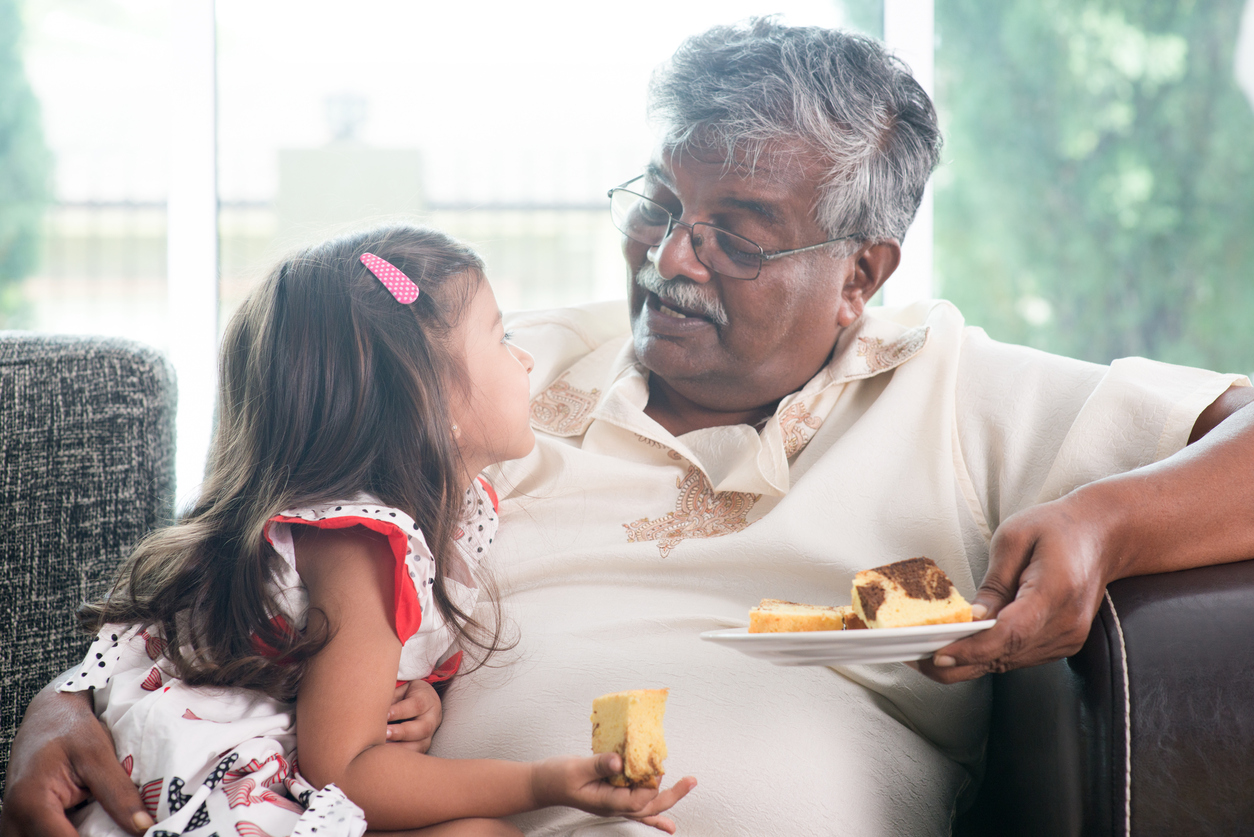 The behaviour of grandparents may inadvertently be having a negative impact on the health of their grandchildren, according to a new study.‌‌

Researchers from the MRC/CSO Social and Public Health Sciences Unit, University of Glasgow, published the results of the review – which looked at 56 studies with data from 18 countries, concerning the care provided by grandparents who are not the primary carer of their grandchildren – today in the journal PLOS ONE.

Until now research has largely focused on the potential role of parents in contributing towards risk factors for diseases such as cancer, but there has been limited investigation of the role of other part-time caregivers, such as grandparents. The aim of this review was to identify any potential influence grandparents’ habits may have on their grandchildren’s long-term cancer risk factors.

The review found that, overall, grandparents were inadvertently having an adverse impact on their grandchildren’s health, especially in the areas of weight and diet – through ‘treating,’ overfeeding, and lack of physical activity. There were also negative impacts as a result of tobacco smoke by not complying with parents’ wishes regarding second-hand smoke and role-modelling negative behaviour.

However the studies did not take into account the positive emotional benefit of children spending time with their grandparents.

Smoking, diet and a lack of physical activity, along with excess weight, have been identified as risk factors for non-communicable disease, particularly cancer. There is evidence to suggest that exposure to risk factors in childhood increases an individual’s likelihood of cancer morbidity or mortality in adulthood, and factors associated with children’s long term cancer risk are first experienced within the family setting.

The lead author, Dr Stephanie Chambers, MRC/CSO Social and Public Health Sciences Unit, said: “While the results of this review are clear that behaviour such as exposure to smoking and regularly treating children increases cancer risks as children grow into adulthood, it is also clear from the evidence that these risks are unintentional.

“Currently grandparents are not the focus of public health messaging targeted at parents and in light of the evidence from this study, perhaps this is something that needs to change given the prominent role grandparents play in the lives of children.”

Changes in social conditions, such as more women in the workforce, childcare costs, and an increase in lone parenting, have led to an increased focus on the role of grandparents’ in grandchildren’s lives.

The majority of studies included in this review looked at these issues from a parent’s point of view, and also found that the types of grandparent behaviour described by the parents also caused tension in families.

Dr Chambers said: “From the studies we looked at, it appears that parents often find it difficult to discuss the issues of passive smoking and over-treating grandchildren. Given that many parents now rely on grandparents for care, the mixed messages about health that children might be getting is perhaps an important discussion that needs to be had.”

Professor Linda Bauld, Cancer Research UK’s prevention expert, said: “Children's health can be affected by range of factors, and this study reinforces the importance of the broader family picture.

“With both smoking and obesity being the two biggest preventable causes of cancer in the UK, it’s important for the whole family to work together.

“Children should never be exposed to second hand smoke. But it’s also important for children to maintain a healthy weight into adulthood, and in today’s busy world it's often the wider family who have a role to play in keeping youngsters healthy. If healthy habits begin early in life, it’s much easier to continue them as an adult.”

The study, ‘A systematic review of grandparents’ influence on grandchildren’s cancer risk factors’ is published in PLOS ONE. The work was funded by Cancer Research UK, the Medical Research Council (MRC), and The Scottish Government Chief Scientist Office.